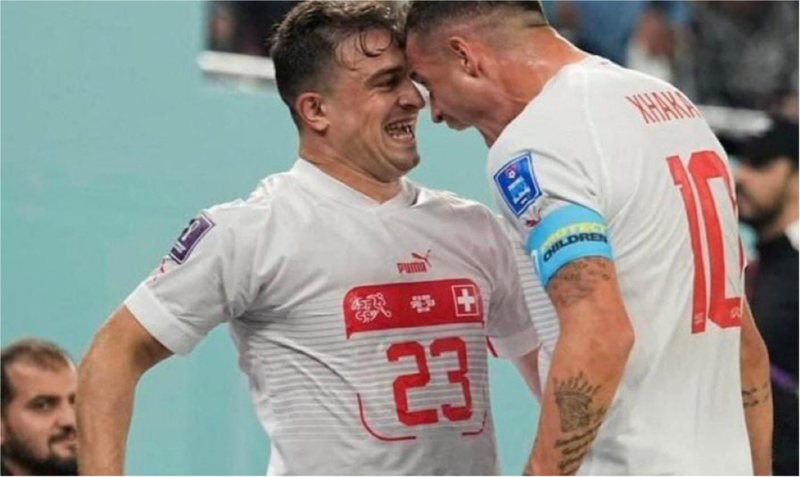 Three Albanian players, Granit Xhaka, Xherdan Shaqiri, and Ardon Jashari played in the ranks of Switzerland in this World Cup in Qatar. The appearance of the Albanian players has been quite good and this has been positively evaluated by the technical staff of Switzerland itself. Thus, the coach of the Swiss national team, Murat Yakin, has spoken about the importance of Xherdan Shaqiri and Granit Xhaka in Switzerland. He said that he is satisfied with the performance of two Albanian footballers in the past, but also during the World Cup in Qatar. Shaqiri and Xhaka are leaders in Switzerland. "It was a big question mark for Shaqiri, because he didn't have good games. But I wasn't worried about that if you see how he played. For me he was very important, there were decisive moments. He also played a test match against Ghana. No one noticed this. Xhaka had a central role, he led the team. He worked well in defense and attack. In general, I am very satisfied with the two players", said Yakin at the last conference in Qatar. We remind you that Switzerland was eliminated on Tuesday night by Portugal in the 1/8 finals of the World Cup. Xhaka and Shaqiri were the ones who qualified Switzerland from the groups.