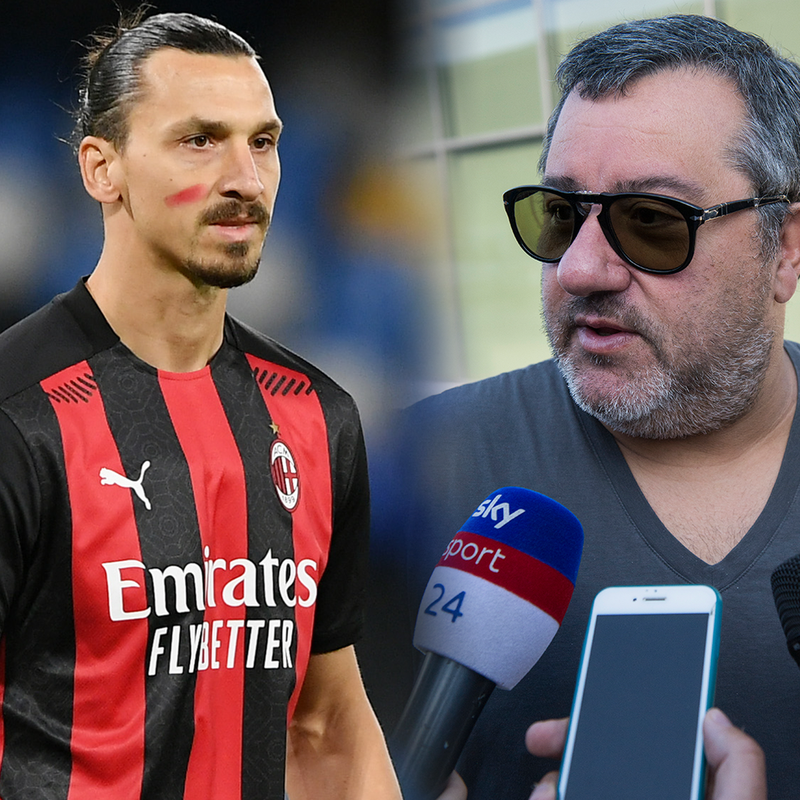 Milan this season is within its objectives and it is hoped to maintain this position until the end, because one of the top-4 in the ranking of Italian Serie A secures participation in the Champions League next season. Milan's performance is linked to several factors, including a quality performance by veteran Zlatan Ibrahimovic, a footballer who is challenging his age and writing history in his career. Ibra is negotiating a contract renewal with Milan and there is talk of at least 7 million euros per season. It is not only Ibrahimovic, but also some other players 1 who are looking for solutions about their future in relation to the club. Among others it is worth mentioning the goalkeeper Gigi Donaruma, who has shown high quality in his performance and the club is considering renewing his contract, but the payment demanded by the "red and black goalkeeper" is very high, putting Milan in a dilemma. For this, the manager of the Milanese "stars", Mino Raiola, came down to Milan. In fact, a week ago Paolo Maldini had hinted that the renewal of Zlatan Ibrahimovic was something accomplished, while today the long-awaited firm may come, as manager Mino Raiola is expected today in Milan, where he has planned a meeting with the leaders of red and black club. Inevitably, in addition to Ibrahimovic's renewal, the new contract of goalkeeper Donaruma will be discussed, the cooperation with which ends this summer, and clubs like Juventus and Chelsea have set in motion to lure him. As for Ibrahimovic, the agreement for the new contract was reached on the basis of a base salary of 6.5 million euros, which goes to 7 along with bonuses, while the Swedish striker has undertaken to avoid all engagements outside the football field, such as the Sanremo festival this year. The parties are very close to the firm, while in Milan they are convinced that the firm on the new contract can be thrown today, while in the coming days is expected to come the official announcement for the renewal of one of the most important players of the red and blacks. However, the situation seems much more complicated for the goalkeeper Donaruma, who even in 2017 renewed with great difficulty, while currently the parties are still very far from each other, in terms of supply and demand. Raiola claims a salary of 10 million euros net, plus two more bonuses for the goalkeeper, to extend the contract by one year, while Milan are ready to give him only 7 million euros, plus another bonus, as they cannot go beyond their economic limits. The inclusion in the competition of some big European clubs, has made the leaders of Milan to step somewhat in the negotiations for the renewal with Donaruma and prepare a plan B, however from today's meeting with Raiola is expected to decide a lot about the future of the 22-year-old goalkeeper. year old italian. It remains to be seen under what conditions Ibrahimovic and Donaruma will renew their contracts, but the parties have expressed confidence in each other.