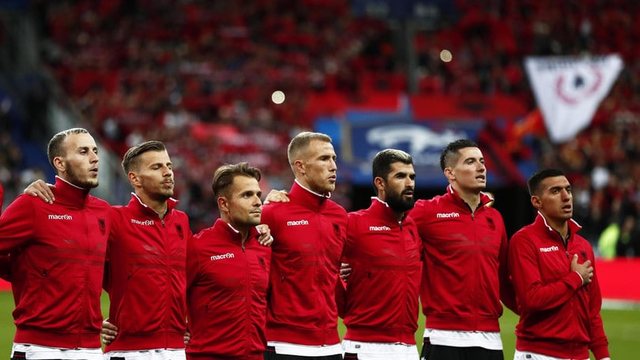 Coach Edi Reja seems worried in this period, as the players of the red and black representative are not gaining enough minutes with their teams and here we are talking about some of the main players. In fact, the contingent of the National Team is very large and there are many young people who are growing, but the core of the group remains the same as it played in the League of Nations and it is a fact that some of these headliners have problems with their teams and are not active regularly. With the exception of goalkeeper Etrit Berisha and defender Berat Gjimshiti, who not only play as starters, but are leaders in their teams, others have a truncated minutes, so much so that some "warm up" the bench and are far from their expectations and objectives. . Defenders Hysaj, Ismajli and Veseli have lost ground and are far from their goal for full time. Even their weak minutes can condition the coach Edi Rea in his decisions and even in the tactical module of the team game. In midfield, Keidi Bare has only just started to play, as he previously had "zero" minutes at Espanyol. Even the other creative midfielder, Klasu Gjasula, has not done wonders in Hamburg. In attack, Armando Sadiku has not yet made a comeback for his team Erzerumspori in Turkey and is far from expectations. Sadiku may not even receive an invitation from Reja for the Qatar-2022 World Cup qualifiers. Bekim Balaj has played with hope, as well as the other tall striker Sokol Cikalleshi, but these two, due to their qualities and "signing" in the minutes, still seem to have a place in the list of Reja. The other problem seems to be goalkeeper Tomas Strakosha, who in this edition has encountered difficulties and the title of head coach at Lazio has been taken by a veteran like Pepe Reina. Strakosha is also nervous and may leave at the end of the season, but the lack of minutes can penalize him in the national team, especially in the competition with Berisha, who is more active with his team Spal.

Enter farther and farther from Naples

One of the main players of the National Team, its captain, Elseid Hysaj, is experiencing a not at all good period at Napoli, where he has played a few matches as a starter and despite being better than the last two years, he still has problems and this time it seems that he has decided to find another team, even outside Italy. According to the Italian sports media, Elseid Hysaj is far from close to renewal with Napoli. At least this is how the prestigious French "L'Equipe" presents the situation, which believes that in the summer the captain of the national team will be a young football player from Marseille. Shkodra is open to try a new experience outside of Italy, as he has spent his entire career there so far. Recall that the defender has entered the last six months of his contract with Napoli and is already free to negotiate his future with other clubs. This season has been with ups and downs for Hysaj, where COVID has also influenced. However, coach Xhenaro Gatuzo has consideration for him, even though in this case the club has not done its best to please the Albanian and so the Marseille team is a real option for Hysaj. Within the matches of the League of Nations, Hysaj was a great disappointment. His fingers are counted as his positive moments in this activity, while the red card in the match against Lithuania and some other problems, especially in defense, made Hysaj receive a lot of criticism for his game in the National Team. Many analysts write that the defender from Shkodra, at the same time the captain of the red and black team, gives much less to the representative team compared to the matches it plays at Napoli. Unlike veterans who have problems with minutes, the good news for coach Edi Reja may be the fact that young players like Uzuni, Kumbulla, and others are in good shape and play with their teams, being a positive signal. for continuity.