The cloud gives 50:50 chances, the Reds and Blacks play today the decisive duel in the League of Nations 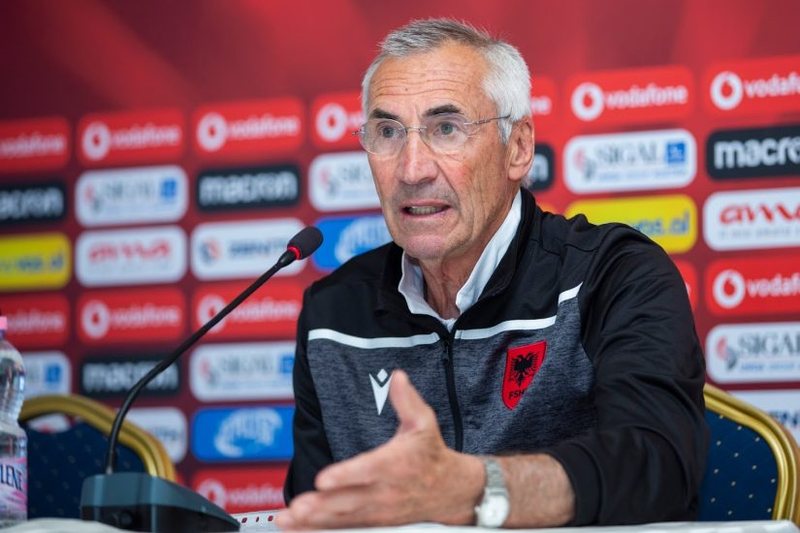 The time of the confrontation has come, so the red and blacks of Albania will play the most important, almost decisive duel of these eliminators in the League of Nations this evening in Israel. Thus, the national team arrived yesterday in Tel Aviv, where this evening they will face Israel in the penultimate duel in the group, within the League of Nations, while in the usual press conference, the coach Edi Reja spoke about the state of the team. The coach said that the only thing that matters to Albania is the victory in Israel, as he said that the absences will not affect, but only the desire of the football players on the field will decide. "If we want to hope for first place, we have no choice but to get the win here tomorrow. We have only one point and the opponent 5, so we are doomed to win, to be within the objectives. I will ask all the players on the field to come down to give their best. We have worked hard this week and we have shown a lot of attention in terms of tactics, so I am convinced that we will have a very good match. We have to look for victory, but also be careful, as we know that the opponent is satisfied with one point and, moreover, has a very dangerous counterattack. We hope that we will have luck on our side, or the episodes that have penalized us the other times", emphasized coach Reja.

Victory depends on the will of the players

Asked how he had prepared this challenge and what he expected from it, the veteran Italian technician of our national team said that he knew the opponent well like a lion, but he remembered that for our team it is important to win duels and take advantage of opportunities. "We know Israel well and we know how they play, so we prepared based on this knowledge, but then things change on the field. We have to withstand the pressure, especially in the first few minutes and then be attentive, win as many duels as possible and above all, use our chances to score. We have to play a perfect match, both defensively and offensively, as we need victory and this is achieved by scoring", underlined Reja. then he talked about the absences of both teams and the expectations of the Reds and Blacks. "Absences will not weigh at all, but the physical form and the desire to give the maximum and to win. We have to go on the field and play, because apart from the absences, in the group both us and Israel have the right players to play. Tomorrow I expect us to be a real team, playing without fear and without any feeling of inferiority", added Reja. in the end, the Red and Black coach also gave a comment about the main Israeli absence, striker Zahavi, but according to him, it does not affect much because Israel has other good players. "We know Zahavi's strength, but whoever plays in his place will give his best. Absences do not affect at all, but I think the difference will be made by the desire to win. We know the opponent and we know his strength, but tomorrow the team that has the most desire to win and will go to the field with the right mentality will win."