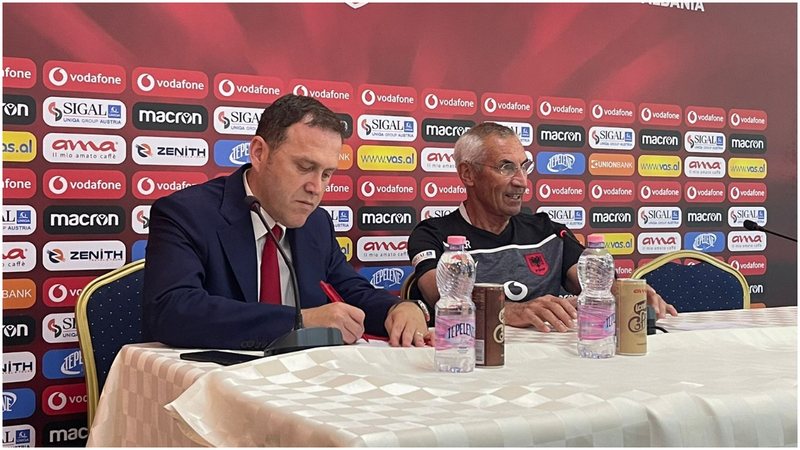 Coach Edi Reja appeared yesterday at the press conference on the eve of the gathering of the national team for the June matches in the League of Nations. As it is known, Albania is in the group with Iceland and Israel, while Russia that was drawn with us in the group has been expelled from UEFA, so it will not be played. The Icelanders are played on June 6, and four days later, on June 10, it is played against Israel. There are also very important absences from the list of the National Team, among which is Broja, who is confirmed by the coach that he is going through an easy COVID, but it can be done for the second duel. Manaj is suffering from a shoulder injury. The New Technician wants six points in these two confrontations. "The matches of the League of Nations are very important for us, for Albania. We must win them at all costs. We expect a high level presentation from the Albanian National Team. Of course, the results are important for the target we have. It is important that those who will be on the field, those who will be selected to play, give 100% maximum to get very good results ", stressed Reja.

The veteran Italian coach of the National Team stressed during the conference that the youth are already the core of the representative team and he is optimistic that they will be able to ensure the right results in this racing campaign in the League of Nations. "I am following all the young players, even those who are very young. We have a lot of such players and I want to focus on them, I do not want to underestimate any of them, to give everyone the opportunity, as is the case of Asllan who is born in 2002 and has had a very good season and we we gave the opportunity to show his values ??in the National. It is good when we have a lot of young people training with the group and getting used to it, while we give them the opportunity to see their values ??and potential. As for Strakosha, there is a situation that you know in terms of the market. He is looking for a new club already. We talked and he asked me for permission not to be in these two matches, until he chooses the team of the future. Meanwhile we have Berisha, Selman, Kastrati. I wish there is a better solution ", added coach Reja.

The red and black coach further stressed that a team that enters the field has the objective of victory, but he added that success comes by playing humbly and implementing tasks. "Every time we entered the field taking the game lightly and not being very focused, we made negative appearances. We have to be careful and play humbly. Of course we have to dominate such teams, but we have to consider those teams. You can not make predictions. Other things he thinks off the field and other things when he goes down on the field. "The value of the player does not matter", concluded Reja.