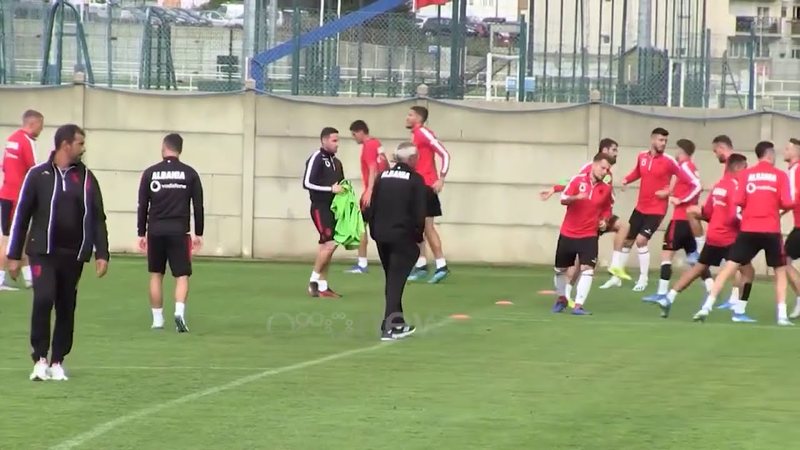 Coach Edi Reja has started a wave of virtual inspection of the players' form, asking for information about each of them, both for the players of the basic formation, as well as the contenders who request an invitation to the representative team. This move aims for the coach to update the database with player data, so that in June he has a more complete idea of ??the group's situation and also has the opportunity to test new ones. This data collection is done on the sports parameters of the players, such as minutes, goals, accurate interventions, passes, speed of movement, dexterity and role in their teams where they generally play. Although he is satisfied with the form that the players are going through, this time the coach will not be satisfied with a little. He wants more and in June he will have provided the list of favorite players to have in the collection. But his attention in recent days has been on young people, where he has collected enough moons for many of them and the real surprise in the next gathering is expected to be precisely the young people. There are no concrete names, but most are those who have been invited before but have not been given the opportunity to play or get airtime in the first qualifying matches of the Qatar-2022 World Cup. So this summer the coach will invite and test many young people, to have them ready for the official elimination duels in September and onwards. Creating the database will help Reja to understand not only the shape of the players, but also their suitability in tactical schemes, as our team suffers in this prism as well. Said differently,

Kamoleze does not deny that he is looking for players

The technical director of the Albanian Football Federation, Giancarlo Kamoleze has recently been in Durrës where he has attended the sessions of the Regional Representatives of Durrës. In a statement for fshf.org, Kamoleze emphasizes that the future is in the minds of these talents while adding that they will do everything to be close to them in their development. "We are in Durrës to attend the training of regional representatives, those who are the future of national teams. We have good coaches who are working with these guys and the objective of the federation is to stay close to the players, to work for their growth. The future is in their feet, hands or minds.

Defender / Hysaj could join Gatuzo at Fiorentina, moving to July

Gennaro Gatuzo is currently getting the best out of his Napoli and just three games away from the end of the season, the Blues have recovered many points and are currently qualified for next season’s Champions League. However, that may not be enough for Gatuzo to stay with the Blues for another year as he has often had disagreements with President De Laurentis. At this point, Fiorentina has intervened and is ready to trust Gatuzo. Italian media have long said that talks have begun, and recently revealed the details of the contract. According to them, Gatuzo expects a two-year contract with two million euros per season. Meanwhile, the purple leaders will make it possible for Gatuzo's two confidants from Naples, Elseid Hysaj and Mateo Politano, to be transferred to Florence. Already,