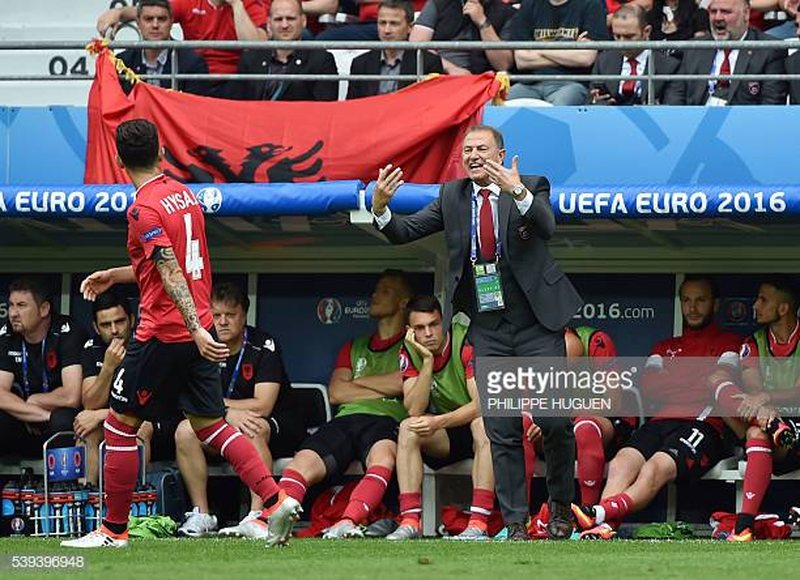 Coach Edi Reja took over the leadership of our representative after the dismissal of Kristian Panuçi, who failed to raise the quality of the representative team. The arrival of Reja, who had great experience in Italy, brought enthusiasm, especially in the tactical plan, as Reja is 'sick' behind the schemes. His main goal was to renew the team with new players and he has been close to many of them since he became official at the head of the team, but Edi Reja's feeds have not been able to create stability in the game and have not been able to "out" the veterans. who continue to be headliners. Hysaj, Memushaj, Abrashi, goalkeeper Berisha, defenders Gjimshiti and Veseli, strikers Roshi, Balaj, Cikalleshi and some others are still the core of the representative team and this puts pressure on coach Reja, who wanted to harmonize the old with the young but so far the success has been partial. It is an undeniable fact that most of the starting players he has on the team were discovered here a decade ago by former coach De Biazi. So, Reja does not yet have her own team in the Albanian national team.

De Biazi recalls the emotions of the European

Former coach of Albania, Xhani De Biazi has returned to talk about the red and blacks. In an interview for the media, the Italian with an Albanian passport states that in the current team of coach Reja, there are still some players who played in his time. "A few days before the start of the European Championship, I would like to return once again to your experience as a coach of the Albanian national team and participation in the 2016 European Championship. What emotions come to your mind when Armando Sadiku scored the goal that gave Albania its first victory in a major tournament? It was a great emotion for everyone, for me, for the players and for the whole nation, because I believe it was an important moment, historically for Albania,

The "scrolls" of the ages arouse new interest in new players

The month of June, as usual, sees the representatives of the ages holding gatherings with players who are candidates to be part of the teams in the official matches. These days, it is the turn of the U-20 team, which will play two friendly matches against Montenegro. The representative built to be the "barn" of that U-21 and who is coached by Alban Bush's assistant, Iljas Haxhiraj, has gathered as he will play on the 12th and the 15th two friendly matches against Montenegro. The first match will take place in Montenegro, while the return match will be played in Shkodra. The coach has gathered 23 footballers, mainly from Albanian clubs, but there have also been names from Shkëndija e Tetovës, or from the Italian and Dutch championships.