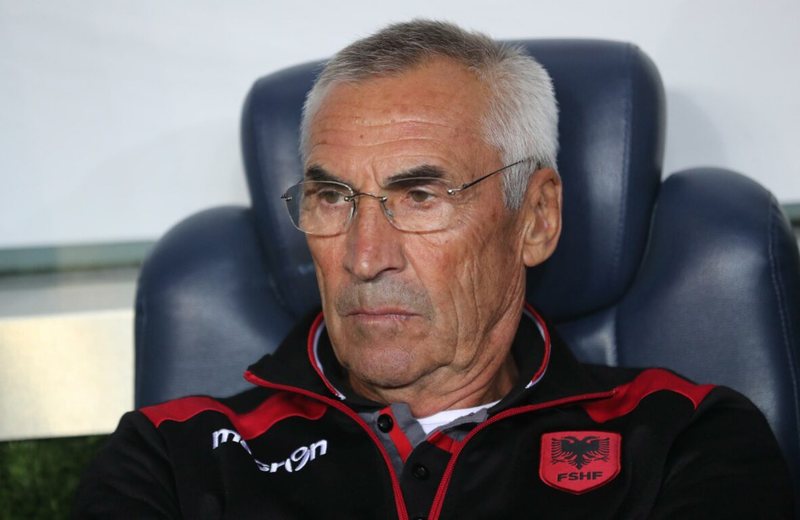 Albania will host Iceland this evening, in the last duel in the second group of Division B of the League of Nations, in a meeting where the rivals play simply not to remain in last place. But will the Reds and Blacks, with their morale down after the loss to Israel, manage to end it with a win, at least a win? The playing field will show this. Meanwhile, the coach of the National Team, Edi Reja, spoke to journalists yesterday on the eve of the match with the Icelanders in Tirana. The technician emphasized that the national team played a good match, but was penalized by mistakes and lack of concentration. "We have often talked about why we are not getting the result, we made good performances in the friendlies with Spain and Georgia as well as we played well against Poland even though we did not win. We talk about individual mistakes, opponents are exploiting our mistakes. Important to stay together, against Israel we made many mistakes. It was a gift, when we equalized, we left a lot of space for a counterattack, and this should never happen", emphasized Reja. Then he commented on the state of the group and the need for some changes in the 11, which according to him are necessary because the matches are played every three days and there is fatigue and load. "There will be some changes for sure because it is a match in three days. I hope to have everyone available, there are some players who have played a little in clubs and in such situations they feel problems. The heavy workload affects, by tomorrow we will have a clearer overview of the players' condition. I have to make my own estimates, but there may be changes in the module and player names. Ajeti did not train with the team, he was contracted and should be waited for."

The Italian coach of the national team emphasized the need to focus today on the duel with Iceland, but with one sentence he also remembered his position at the head of the team, saying that only "God knows the future". "When you suffer, you get demoralized, but it shouldn't happen because it's the right time to recover. We need a good organization and the team to maintain the balance, we looked for the victory and left spaces. It is the psychological part that should help the players and understand that it is the opportunity to change the game. I only think about tomorrow with Iceland and then there is time to think, God knows what will happen in the future," he added. There was no way to miss his comment about the not so positive state of the group in terms of morale, but he hid this indication. "For Iceland, we must be as fit as possible and show our worth in character. When you lose a match you have to react, be angry, that's important for me. I won the first match with Iceland, we drew the last match. We played well, we can beat him. If we don't play with the right commitment and with the right character, then there will be problems, then mistakes will also increase. We have to show character against Iceland because they are strong", concluded Reja.