Albania is "shaken" by the earthquake

Red and black goalkeepers fall, Berisha and Strakosha have lost their positions in Serie A 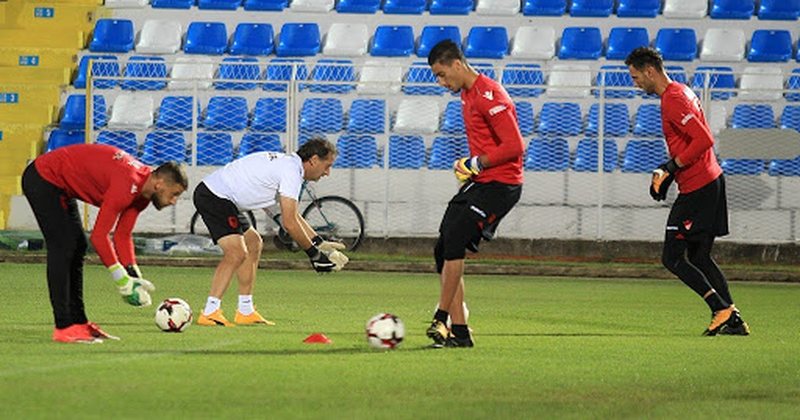 The two goalkeepers of the National Team, Etrit Berisha and Thomas Strakosha, have lost their positions in the Italian football championship, as they do not enjoy the status of head coach in the clubs where they play. Berisha became part of Torino this season, a well-known Serie A team, but there he does not have the status of a starter, since in the markets when he was bought it was clear that he would be the second goalkeeper. The red and black goalkeeper, who has a valuable contribution to the national team, especially in the Euro-2016 qualifiers, but even after that, is in an unfavorable position, although he has stated that he will do his best to win the title role in the weeks and months. following. Strakosha also had problems with his Lazio. "Red and Black Guardian" has lost the role of head coach for a year, more precisely to say he lost his position after the arrival of the Spaniard Pepe Reina, who has taken the task of the main goalkeeper, posting on the bench the tall man of our representative. Under the circumstances, Strakosha initially sought a new alternative, and even mentioned the names of various clubs in Germany, the English Premier League, or the Spanish La Liga and the French Ligue 1. But none of the alternatives was up to par and Lazio himself refused to sell the goalkeeper or take him on loan. So Strakosha will be forced to work hard and compete with Reina, to calmly wait for his moment, because the edition is long. Seen in this context, both Berisha in Turin and Strakosha in Lazio, are in a difficult moment and not at all promising, as they do not enjoy the status of head coach and this penalizes them a lot for the continuity. However, their physical stature,

The national team, their chance

While they are not playing with their teams, in the National Team the duo Strakosha-Berisha have been inseparable and uncompetitive so far. Gentian Selmani has also appeared on the horizon, who has done an excellent job with his team in Turkey. But Selmani was just on the bench, as in the last matches, out of three, in two meetings Berisha was activated and in another, against San Marino, Strakosha was activated. So the duo Berisha-Strakosha seems to have usurped the square of the representative, as untouchables, play or do not play headlines in the ranks of their teams. However, it must be admitted that both have substantial contributions with the representative, especially Berisha who has many matches as red and black, but also Strakosha has played great matches and has deservedly won this role and wearing the national team jersey. So it is clear that they will both be recruited by coach Edi Reja until the end of these qualifiers, and in the following will be seen their performance in the leagues where they play, otherwise Selmani can take priority to be a starter in representative. As long as they play, even a few minutes, since they are part of an elite championship like Serie A, Berisha and Strakosha will maintain their positions in the National Team.

It happens like this / Could not get the ticket, the fan hides in ...

Infected again with Covid and hospitalized in serious condition the gold medal winner, was vaccinated with both doses before the Olympic Games

Chelsea unbeaten in the Premier League, wins the London derby with Tottenham

Tirana stands in front of Egnatia, Kukësi takes the head of Superiore

Rrapo Taho: The new championship with "old diseases", a very old cloud for the National Team

Juventus-Milan super challenge, the official formations of both teams are revealed