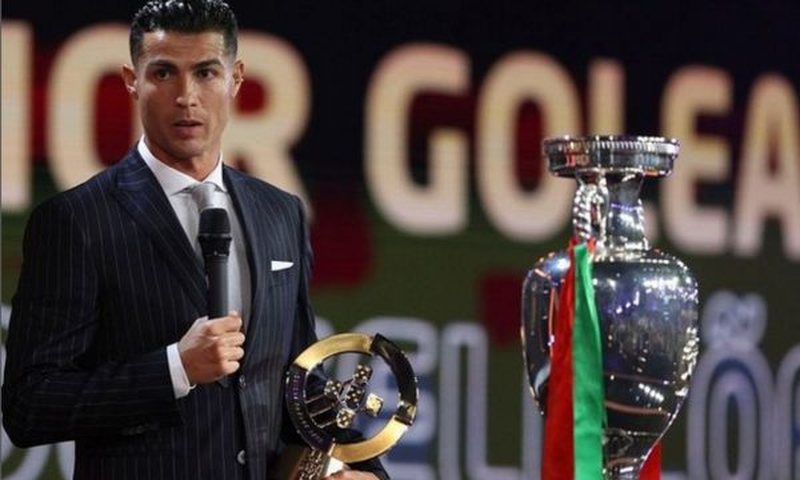 The rivalry between Messi and Ronaldo has accompanied football in the individual level of success for more than a decade, since the two played together in the Spanish La Liga, the Portuguese with Real and the Argentinian "plethora" with Barcelona. But there comes a moment when the "batteries" fall and the way is opened for young people. But apparently the duo in question has no intention of giving up. Thus, the media reports that Cristiano Ronaldo is not thinking about retirement yet. The Portuguese star is getting ready for the World Championship, which will be held in two months in Qatar. But, it seems that this will not be the last big race for the 37-year-old. The five-time "Golden Ball" winner also aims to participate in Euro 2024, when he will be 39 years old. The star of Manchester United is seen as one of the greatest players in the history of football after the successful experiences he had at Sporting Lisbon, Manchester United, Real Madrid and Juventus. He has scored 117 goals in 189 appearances with Portugal, while winning the European Championship in 2016. "I hope to be part of the national team for a few more years. I still feel motivated, my ambition is high. My experience in the national team has not ended. We have some quality young players. I will be in the World Cup and I want to be in the European as well", declared Ronaldo for "Quinas de Ouro". Meanwhile, Cristiano Ronaldo received a special award in his career yesterday. More precisely, the Portuguese star was rewarded by the Portuguese Football Federation for his achievement at the level of the National Teams, where he is the best scorer in history. The 37-year-old has scored 117 goals in 189 appearances with Portugal, while he also won the European Championship in 2016. He insists that his path is not over yet, even announcing his participation in Euro 2024, alongside the World Cup in Qatar. which will be held this year-end. In the ceremony held today, Ronaldo received the new award after in September of last year he passed the former striker of Iran, Ali Daei for the most goals scored with the National Team. "I am proud to have received the award of this level. I never thought I would have this achievement. I thank everyone who was important in my career. It was a long journey, but I would like to say that my journey is not over yet. You will still get from 'Cris'", declared the five-time winner of the "Golden Ball". Ronaldo hopes to make a big surprise,