Rumenige "abandons" the Bundesliga and analyzes Serie A: Juventus remains the favorite for the title 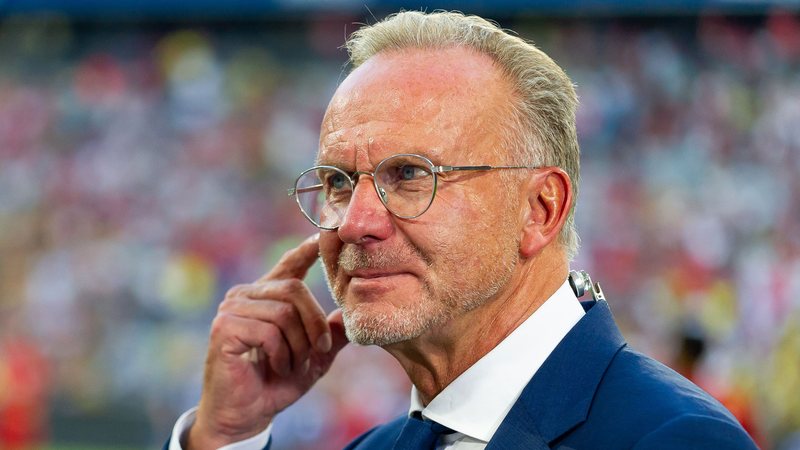 The Bayern Munich director sees the "Old Lady" as the main contender for the title in Italy, despite the fact that Milan and Inter are currently separated.

Juventus is preparing for the uprising of the season, that against Milan, which will record the first big duel of this edition, regarding the positions of the teams in the rankings and at the same time the ambitions that some teams have for the title in "Scudeto" this edition. Serie A is currently commanded by the two teams of Milan, namely Milan and Inter, which are one point apart from each other, but are separated by 10 points from Juventus, which was in fifth place. For many analysts and specialists in Italy, Milan and Inter are favorites for the title, but those who sympathize with Juventus do not think so, given the quality composition of the "Old Lady" in the group. According to them, although the positions do not give them advantages, they believe that Juventus can reverse the ranking in the coming months, given the great potential it has as a team. Thus, Bayern Munich chief executive Karl Heinz Rumenige spoke about some interesting topics in an interview with Italian media. The leader of the German champions touched on several arguments, starting with the one that belongs to the Brazilian football player borrowed from Juventus, Douglas Costa. "We have not yet decided whether we will finally buy it, but we are very happy with what it is doing. "He is good both on and off the field, but this pandemic has turned everything upside down and we still do not know how we will move in the markets," he said. A comment then reserved by the Bayern manager for Juventus, which has not started the season properly, but which is still in the race for seasonal goals. Even Rumenige does not consider Juve out of the game, both for the title and in the Champions League. "Juventus is not doing so well compared to some other teams in the league, but it can still fight for the title and in Europe it is an opponent to be respected. "Anyway, I wish Inter the title to win, because they have not won a trophy for a long time", declared Rumenige. Finally a thought about Juventus number 7, Cristiano Ronaldo who was honored in Dubai as the player of the century. Rumenige reserves only praise for the Portuguese for what he has done not only at Juventus, but also throughout his career, during which he has led to success the teams where he has been part. "He deserved the award as the best player of the century, he has played 10 extraordinary years and he is still doing very well for Juve. We are pleased with Lewandowski, who in 2020 made us win 5 trophies, including the Champions. "He is an extraordinary striker," said the Bavarian leader. It should be noted that Juventus is currently in 5th place in the Italian Serie A, with 27 points, 10 points less than leading Milan and 9 points less than second-placed Inter. Third and fourth place are held by Rome and Naples, with 30 and 28 points, respectively.