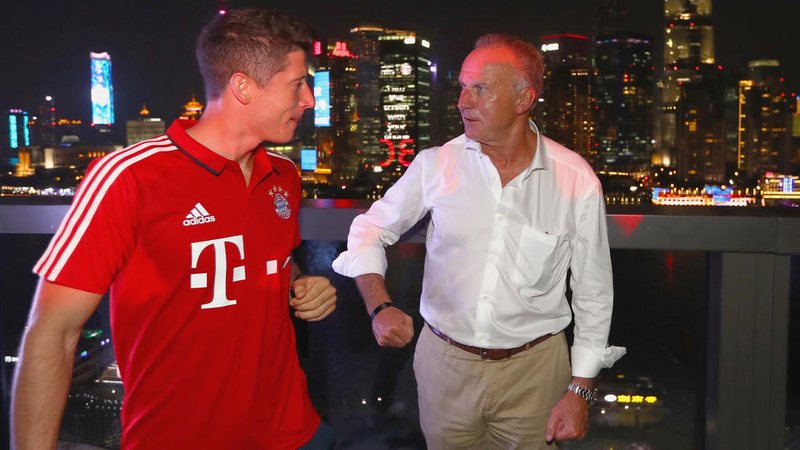 Robert Lewandowski registers for the second season in a row as the top scorer of Europe, so the best in the top-5 major European leagues, leaving behind the icons of this sport in recent years, Lionel Messi and Cristiano Ronaldo. The Polish striker of Bayern Munich is capturing the figure of 40 goals this edition in the Bundesliga and is separated by almost 10 goals more than his biggest rivals mentioned above. It has been this efficiency that has led Bayern to reject the purchase of Erling Haland, the Norwegian talent of Borussia Dortmund (which costs over 100 million euros), to keep in its bosom a player who has already been confirmed as the leader of the Bavarian team. Thus, Karl Heinze Rumenige, delegated administrator of Bayern Munich, in a recent statement to the media in Germany has assured fans of the Bundesliga champions that Robert Lewandowski has no chance of leaving. The Bavarians' senior manager reacted after rumors that have been circulating for weeks about a possible farewell to the polka striker: "I have no doubt that he will stay." Lewandowski, who has scored 292 goals in 327 appearances since moving to Bavaria in 2014, has a contract expiring in 2023. to deprive himself of a footballer with 60 goals a year? "Then his managers did not tell us anything about his possible departure." Lewandowski's presence in the Bundesliga champions's staff is even seen as an obstacle to the acquisition of Erling Haland. A few days ago, Oliver Kahn, the former legendary German goalkeeper, who will take over the role of Rummenigge on January 1, 2022, stressed that Bayern has no part to spend dizzying amounts on a player like Haland, no matter how good he is, when he has Lewandowski, who can maintain its level even for many seasons. Meanwhile, Robert Lewandowski leads the list of top scorers in European top leagues, well ahead of Messi and Ronaldo. As things stand, the "Golden Shoe" will end up in the hands of Robert Lewandowski. He almost failed to win it last year, but the Bayern Munich striker has been unreachable this season and is on his way to grabbing this individual trophy. He currently has 39 goals, 10 more than his closest follower, Lionel Messi. And seeing that we are at the end of the season,

The best goal scorers in Europe: