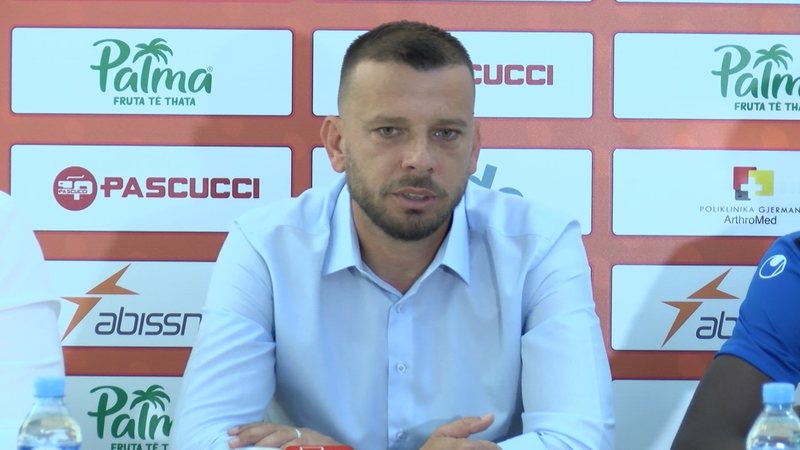 Dinamo had a decade of suffering in the inferior categories, but finally it has returned and is a return with claims, as the presidency has invested, has brought quality players and a "fox" coach like Bledi Shkëmbi, who has given evidence that he knows apply modern football and it is accepted by all that Dinamo has an intelligent coach who can lead the team to high levels and towards the trophy. In fact, Dinamo is better in the Cup, where it has eliminated Tirana and now has an equally difficult obstacle in front of it, because it is the other rival of the derby, Partizan. If it also crosses the red, then Dinamo becomes the favorite team to win the Cup trophy. But it does not stop with the blue "submarine". She has ambitions to capture Europe from the championship, to occupy one of the first three places in the classification but to do so it must win against direct rivals such as Tirana, Partizani, Vllaznia, Kukësi and Teuta, but also Laçi which has had a tendency to rise in recent weeks. Dinamo will face the Kurbins this weekend and the coach Shkëmbi has given his thoughts on this challenge and at the same time the seasonal objectives of Dinamo. In fact, from the press conference Shkëmbi said that in this difficult transfer, Dinamo will ask for the three-pointer and this is a goal that is possible for him.

Difficulties of the clash with Laçi, absences and ambition for three points

Coach Bledi Shkëmbi admitted that at the beginning of the season his team will travel to Laç to get three points, but whether he will succeed depends on the performance he will have during the match and the way he will manage it. . "We are coming after a difficult victory with Kastriot. I have said that we need points to rise, especially in the psychological aspect. We will try to make the best match possible against one of the best teams in the league. Unfortunately we continue to have problems with injuries. Maliq's red card penalizes us. We will try to do our best with the players we have. "I trust the young people who will be given a chance", he underlined. He further spoke about the seasonal objectives of the Dynamo "submarine". "It is a very difficult championship. I am confident we will fight for the area above. The moment all the players join us, I am convinced that we will be stronger. Next week will be crucial for our future. In the first phase, Laçi got us a point in the last minute. We will go to play a perfect match in the field of Laç, to get the victory. Maybe at the end of the match we can be happy with the draw, but by no means do we go for a point. It must be seen at the end what you have given and how much you have deserved. Laçi does not scare us, because we played and he could not beat us. Neither Partizani nor Teuta beat us. We hope that next week one of the injured players will return to us, because we will play every three days ", stressed the Dinamo coach, Bledi Shkëmbi, among others. This meeting means a lot for the continuity, because both teams are there with points and positions in the ranking.

"I will never become president of FSHF, I am not capable" / The statement of Dritan Shakohoxha is published, who is 'breaking' the network

Goal of the year is scored, the football player realizes the "crazy" shot (VIDEO)