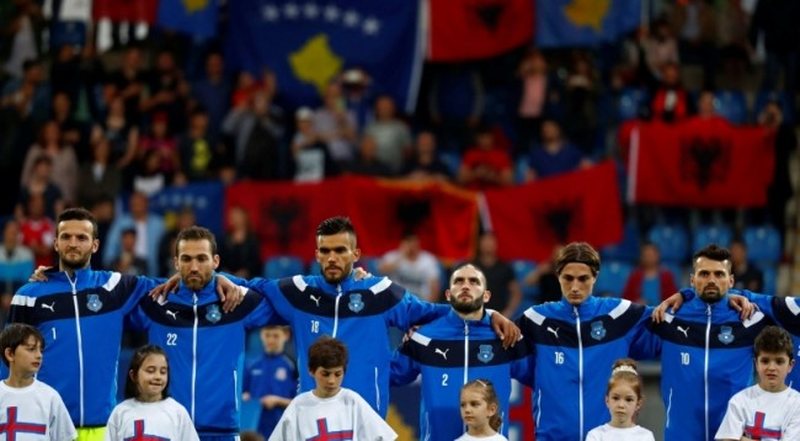 Albania's weak performance in the League of Nations did not affect the ranking of the Rossoneri in the UEFA and FIFA rankings. This is also due to the performance of the other teams, such as a draw with Iceland, which had a better draw. Thus, FIFA has published today the newest ranking list of National Teams. In the new ranking, the Kosovo National Team has fallen by one position. While in the past months they were in the 106th place, now "Dardans" see themselves in the 107th place with 1187.01 points. Yellow-and-blue are found in front of Tajikistan and behind India. FIFA has updated the ranking based on the matches of the month of September. Last month, Kosovo was defeated by Northern Ireland, 1:2 and then defeated Cyprus, 5:1. Meanwhile, the Albanian National Team has not moved from the 66th position, which it held last month, with 1354.11 points. ahead of South Africa and behind North Macedonia. The Reds were beaten by Israel and drew with Iceland in the Nations League last month. Brazil continues to lead the overall ranking, followed by Belgium and Argentina. It must be said that Albania has not made progress in the FIFA ranking for a long time.

The "curse" of Germany caught Spain out of the World Cup, eliminating Morocco on penalties

Statistics/ Croatia, a team that qualifies from extras in the World Cup

Portugal extinguishes the dreams of the Swiss for qualification, wins deep and finds Morocco in the quarter-finals

Striker/ Latifi returns from injury, ready to make the difference in the cup and championship

The Super Cup Trophy, the Classic of Albania Tirana-Vllaznia is played today at "Air Albania"

Josa: The Supercup is a final and Vllaznia must win this final