"Albanians, like Chechens"/ After being declared world champion, Abakarov: I don't know where I would be if I didn't compete for Albania 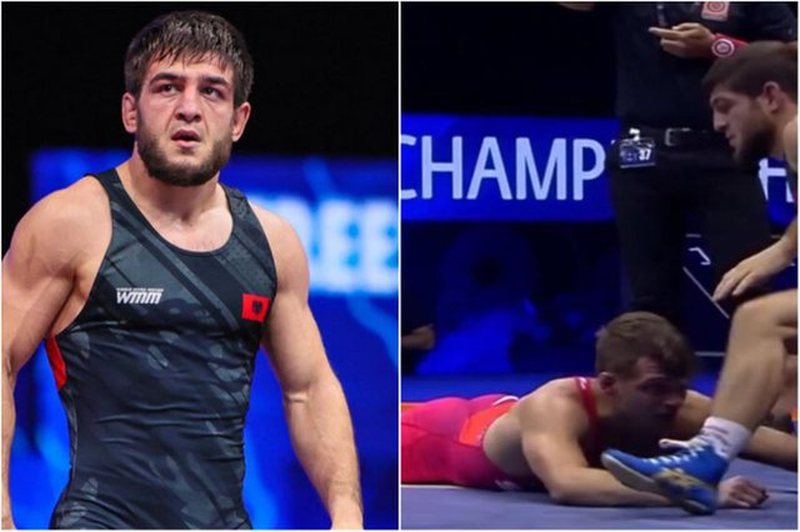 Zelimkhan Abakarov admits that he did not know what course his life would have taken if he had not decided to represent Albania in the international arena. The wrestler who grew up in Dagestan, Chechnya, who was declared World Champion in Belgrade representing our country, has shown the emotions of the medal as red and black in an interview given to "Sport News" on "News 24", revealing a little about the future of him and his ambitions after this medal in the World Cup.

"I think I deserved this. I trained a lot. However, I never thought, even never thought, that I would compete (represent) Albania. Now, if I wasn't here, I wouldn't have had the opportunity to compete , since Russia cannot be represented by the sanctions. The President of the Wrestling Federation Sehit Prizren, through a friend, proposed me and a friend of mine, Islam, to compete for Albania. We agreed directly, and since that year we represent Albania.

Yes, if it wasn't for Sehiti, I don't know where I would be. I am very grateful to the President of the Wrestling Federation, Mr. Prizreni, for giving us the opportunity to represent ourselves and all of Albania first. I am proud to represent this country, this proud people. I don't know what would happen if I didn't want to compete for Albania.

In Albania, I like that the people here are good. I like nature, mountains, everything. As a Chechen that I am, we are similar to the Albanian people, so I have it close to my heart.

The future… in the future I want to bring my family here, I don't know. What is written will be done, let's see. Maybe I'll go, I'll come. I will often be here in Albania," said Abrakov.