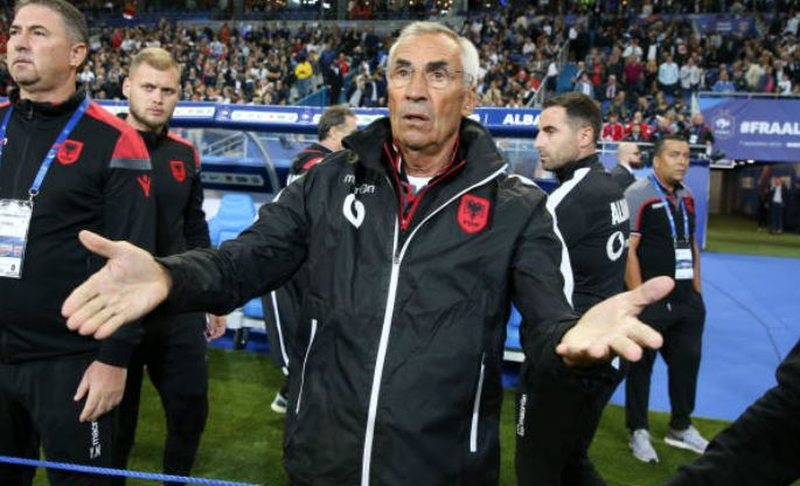 The Cypriot national team is in a situation that would need a "lifeboat". President Armand Duka or the AFL have not yet made official the departure of coach Edi Reja, even though the situation is already known and we can say that everything is over. But the question is how much time will we still waste to start a new chapter.

On the one hand, the federation is understood for the fact that it wants a peaceful separation with the Italian, because he is still under contract and it ends on November 26.

There is even talk that the 76-year-old, or more precisely 77, after October 10, will stay to run the two friendlies, with Saudi Arabia and Italy.

But is this in the interest of the National Team? Definitely not, because it's a waste of time.

If a new coach is to come, why not start from the position before these friendlies. It would be a good opportunity to get to know the group of players, the mentality, the spirit and the red and black environment, which would then bring preparation for the next qualifiers.

So the AFL should not delay this work any longer, but turn the page of the book immediately to start another chapter, which we hope will be more successful than the one that just closed.

The new coach - Currently, speculations have begun about the names of the candidates for the Albanian bench, who are expected to replace Edi Reja.

Xhankarlo Kamoleze is one of them, due to the very fact that he was even before holding the position of the technical director of the national teams and closely supervised the whole situation. He has recently left this post and the AFL has not given any reason for this departure.

Another option is Besnik Hasi, who remains the "eternal candidate" for this post. A former red and black captain who is currently without a team and previously managed teams such as Anderlecht, Olympiakos or Legia Warsaw.

Another alternative that is being speculated is the possibility of the return of Xhani de Biazi, the successful coach who managed to qualify with Albania in "EURO 2016". Even though he is the coach of Azerbaijan, with the right offer we can see a sensational comeback.