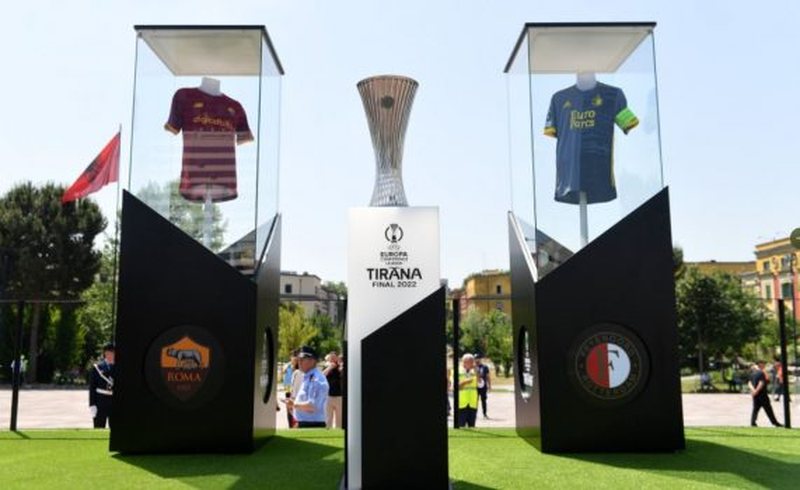 Tonight the field of the stadium "Air Albania" will be trampled by two finalists of a debut competition of UEFA, the Conference League, where Rome and Feyenoord will face for a European trophy, which although the last of importance, has been missing for years for these two clubs.

In terms of financial benefits, the trophy winner will receive 5 million euros, while the second place will receive 3 million euros. Since the group stage UEFA has paid each team for each round passed in this competition, which will know the winner of the trophy tonight at 21:00. As for the trophy, it is special because it was created for the first time.

TROPHY DETAILS - The UEFA Europa Conference League trophy is 57.5 cm tall and weighs 11 kg. It consists of 32 hexagonal thorns - one for each team in the group stage of the race - twisting and bending from the base. The winning team is rewarded with 40 gold medals and the runners-up with 40 silver medals. Winners win a place in the group stage of the Europa League 2022-'23, if they do not qualify through domestic competitions.