Tensions in the last match, "Red and Black fans" message to the players: Albania above everything, we have an obligation 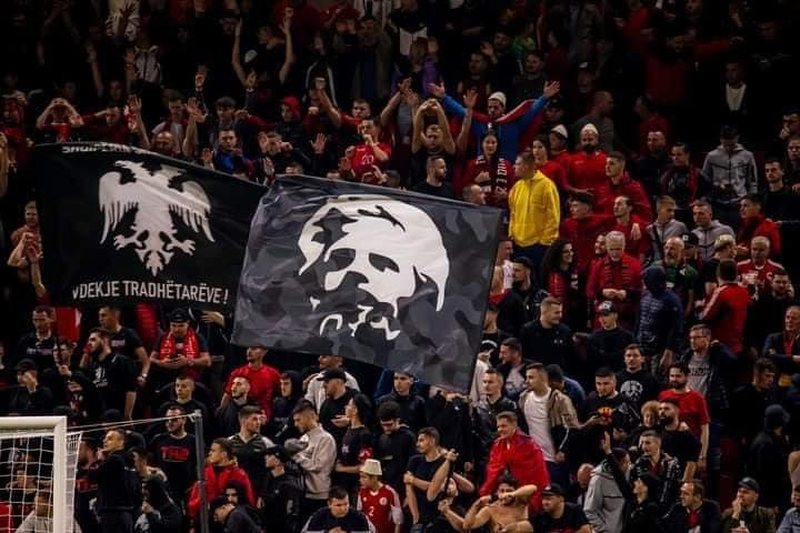 The Albanian national team is going through a difficult period. The Reds were totally disappointed in this edition of the Nations League, ranking in 3rd place.

In the last challenge, the fans, rightfully angry, did not accept the applause of the players at the end of the challenge with Iceland (1-1), responding to them simply with roars.

The Red and Black fans made a post on social networks today, where they make it clear to the footballers that the situation will not change until they understand that you are playing for the National Team, for Albania!

"The Red and Black fans have been, are and will forever be the ambassadors of Albania!

We have been and will be there on the steps of all the stadiums where the National Team plays, not to see you, but to protect the honor of the most beautiful flag in the world.

We will always stand for that flag because we have an obligation.

We don't want you to run after victories, but we want to see you fight for the colors Red and Black.

We don't want to see Albania as a place where you can show your qualities, but a place where the call is a mission, and the field is a battle in which sweat and blood must be shed!

Everyone will go, we will remain, your reflection already remains to be seen.

The situation will not change until you understand that you are playing for the National Team, for Albania!

And don't forget that there is nothing more valuable than Albania!" - Writes TKZ.