They "enraged" Serbia, Switzerland denied Xhaka and Shaqiri the double-headed eagle at the World Cup in Qatar 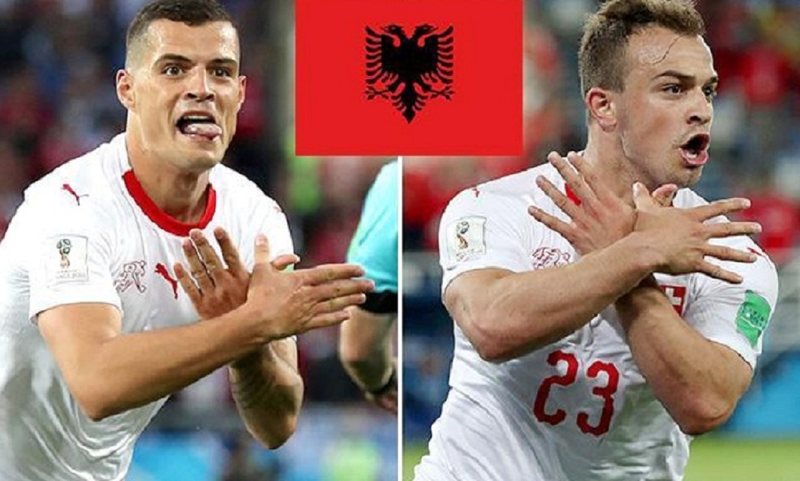 After the gestures of the double-headed eagle by Granit Xhaka and Xherdan Shaqiri in the "World Cup 2018", in the sensational victory over Serbia, a small issue was created. In Switzerland, for FIFA and especially in Serbia, these gestures caused a lot of discussion and indignation. The two teams will meet again on December 2 at the World Cup in Qatar. The double-headed eagle should no longer be a problem there.

This is assured by the director of the Hellenic national teams, Pierluigi Tami. Immediately after the group draw on April 1, 2022, Tami and the Swiss delegation met the coach of the Serbian national team, Dragan Stojkovic. "He told us: It is our common wish that this match be all about football", Tami told "Aargauer Zeitung".

In May of this year, Swiss Football Federation president Dominique Blanc and general secretary Robert Breiter then met with their counterparts from the Serbian Football Federation. During the conversation, the Serbs reiterated that the Serbian team should only deal with football. However, it is unclear whether fans and politicians will also adhere to it. We remember that Xherdan Shaqiri was insulted by Serbian fans throughout the 2018 match.

Tami specifies: "We don't want to make the same mistakes again. We are here to play football and nothing else. We do not want to send any political or religious message".

So does this mean Switzerland has banned the double-headed eagle? Tami explains: "There should be no words, no gestures, and no general behavior that provokes other sensitivities. When we cheer, it's to show our joy, that's important. But we should not be provocative".

In 2014, there was already a similar announcement from the heads of the hellish federation. Granit Xhaka had earlier posted a photo on Instagram, where his companions were forming the Albanian double-headed eagle with their hands. A little earlier, Xhaka had posed with the Gladbach jersey with the double-headed eagle. Like his former "Nati" colleague, Pajtim Kasami, who also made the same gesture with the Olympiacos shirt.

The matter was then addressed in a meeting at the hotel of the Swiss national team and declared settled… until the double-headed eagle, again in 2018.

De Biazi does not deny the return to the head of the National Team, the move in a few days

"Unprecedented in history"/ Artan Fuga explodes against Reja and criticizes sports in Albania: What's wrong with this? It does not become the National Team with players who play in foreign teams, one footballer in Canada and the other in Africa

Vllaznia writes history and realizes the dream, qualifies for the Champions League groups

FIFA president special visit to Albania, the reason is revealed

"Delirious, cynical, intriguing..."/ The legend of the Albanian National Team explodes against Reja, he also has a message for Armand Duka