Teuta, dissatisfied with the results, brings the Elder instead of Hebaj 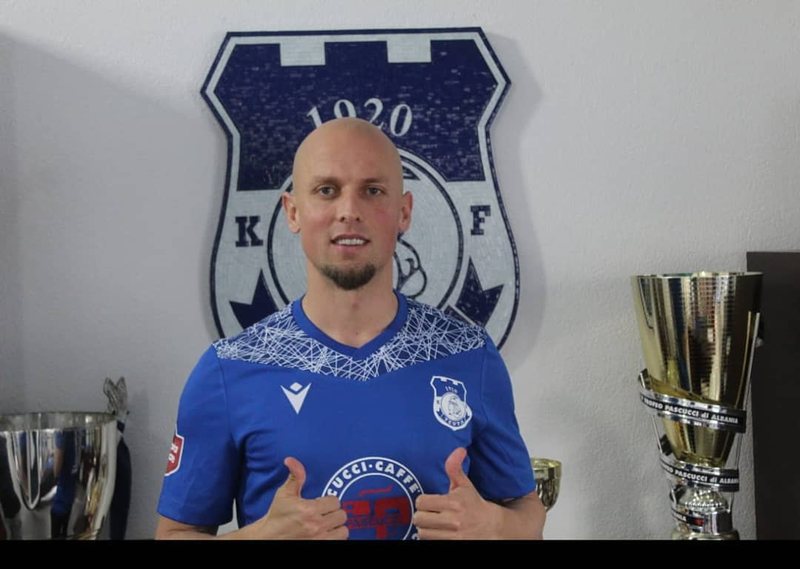 Teuta was considered at the end of the summer market as one of the favorite teams for the title, given the quality contingent it had, prominent names in the group, investment and continuity of coach Edi Martini after a very fruitful last season, where they won the cup and the Super Cup. , are also participating in Europe. For this reason a climate of trust was created in the ranks of the "boys of the sea", where the team hoped to quickly take the lead and increase the claims for the title, which was last in Durres in 1994. Coach Martini is trying to do maximum to put the team in the groove of positive stable results, but exactly in the results Teuta does not have stability, which proved in the last matches, where he lost the chance to get closer to the leading Vllaznia. The team can not win regularly, which he needs to do forward in attack. For this reason came the last moves, where Rubin Hebaj left and in his place the club brought an experienced player like Sebino Plaku.

Hebaj leaves, the Elder comes, Teuta increases the claims in the market

As we said, Teuta's attack needs change and it seems that the movement that brings change is happening rapidly in the Durrës camp. Thus, one attacker leaves and another approaches. Teuta soon replaces Rubin Hebaj with an expert of the Albanian championship such as Sebino Plaku. Durrës is the 13th team in Albania for the 35-year-old striker who will try to help Teuta with his experience in this second part of the season after Kastrioti's adventure. The old man will be part of Teuta for the next 6 months with the hope that in the end he will be declared the champion of Albania with the team led by Edi Martini. "KF Teuta is pleased to announce the agreement with the football player, Sebino Plaku. The leaders of the club and the striker have found the agreement for cooperation. The player was introduced in the stadium "Niko Dovana" in the presence of the club chief Enid Furxhi and is already part of the blues. The old man in Durrës comes from Kastriot's team. The striker will join the team in training today, while it is the first reinforcement of Teuta in this transitional period. KF Teuta welcomes Sebino Plaku, wishing him success and as much as possible with the jersey of our team ", writes the Durrës club.

Shkëndija e Tetovës has been forced to intervene in the markets due to the departure of Valon Ahmed towards Shaktar Soligorsk, while recently the name of Rubin Hebaj has appeared on the scene for Tetovo residents. According to what "Infosport" reports, Shkodra is a preference of Tetovo, but the former player of Teuta has other offers that he is considering. If Shkëndija manages to convince Hebaj, then this would be a valuable blow for the team led by Ernest Gjoka, because with his qualities, the red and blacks would be strengthened even more in the race for the champion title. It remains to be seen how the situation will turn out, however Shkëndija has announced its purpose.

It is not just the attack that has had problems, as the other wards have also felt some pressure in the first part of the season. But Teuta is determined to recoup the points left on the road by making an active market and that will bring the right elements to make a difference. There are not many in the domestic market, but you can find experienced players abroad, or national level players who have not yet found the right destination.