Inter fans want Asllan to be the starter on the pitch, putting pressure on coach Inzagi 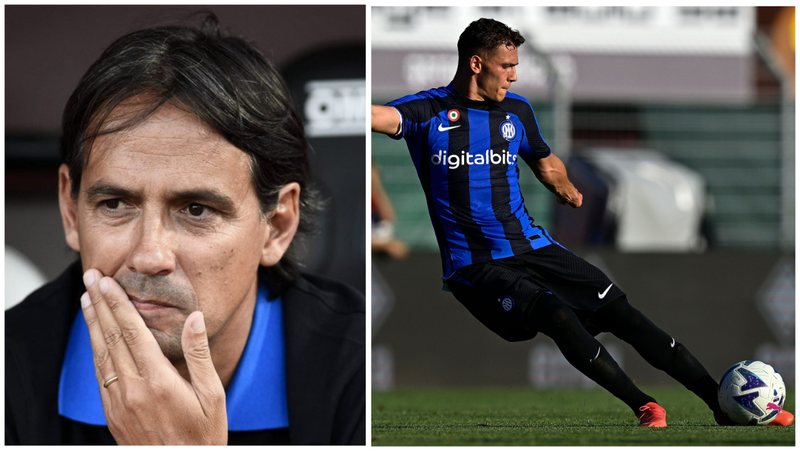 The players of the national team are gathered in Durrës, to get the right physical load and to harmonize the game in the tactical chemistry for the matches with Israel and Iceland, but meanwhile the news in Europe about some elements of the group such as Asllani, Broja, and others continue without stopping. There is a lot to say about the midfielder Kristjan Asllani, especially after his transfer this summer to Inter, but the player has not yet received the desired minutes, except for some partial activation. And yet, it seems that for him there are positive things related to the fans, who have a different approach from the technical staff led by coach Simone Inzagi. Thus, Inter fans are very eager to see Kristjan Asllan play the first challenge as a starter with Inter. Midfielder of the Red and Black National Team, was transferred in the summer market from Empoli to the runners-up of Italy, realizing his dream of wearing the shirt of the team he has been a fan of since he was a child. Simone Inzagi has trusted him very little so far: just 23 minutes as a substitute in two games in Serie A and 6 minutes in the Champions League. The next challenge in the championship is against Roma, with Jose Mourinho returning to "San Siro" as an opponent. Marcelo Brozovic is suspended with a card and this could be the big chance for the 20-year-old from Elbasan to play the first official meeting as a starter with Inter. Journalist Alfredo Pedulla has done a survey about Asllan and the opinion of the people of Zikaltre. To the question that after the suspension of Brozovic, should Simone Inzagi activate the starting midfielder in the duel against the yellow-reds of Rome,