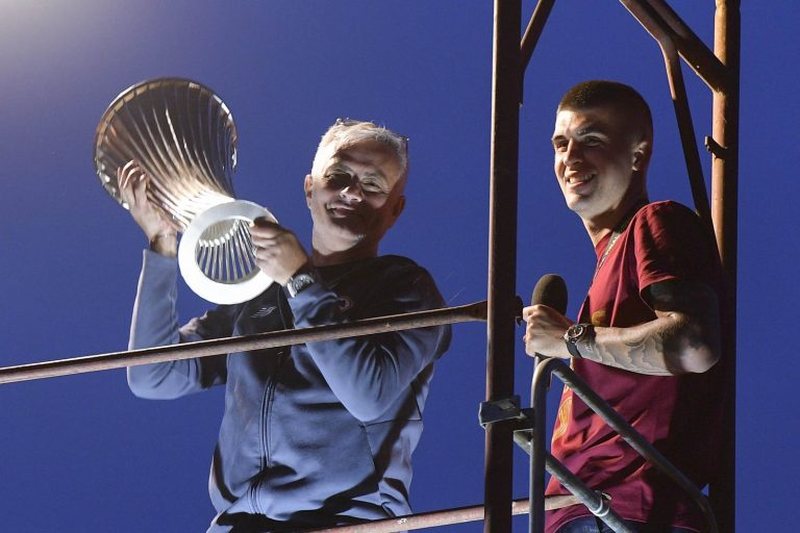 50 thousand yellow hearts followed from their home, from the stadium "Olimpico" the success of Rome in "Air Albania".

After the party in Tirana, around 04:40, the Conference League trophy landed in Rome.

As soon as the plane opened its doors in Fiumicino, Captain Pellegrini was the first to come down with the trophy in his hands, followed by Cristante, Mancini and all the heroes of this success.

The team headed to the training center in Trigoria, where despite it was 5 am hundreds of fans were still waiting for them awake forcing Mourinho and the rest of the team to climb on the terrace to show their fans the Confernece League trophy. Of course this is just the beginning of a long celebration.