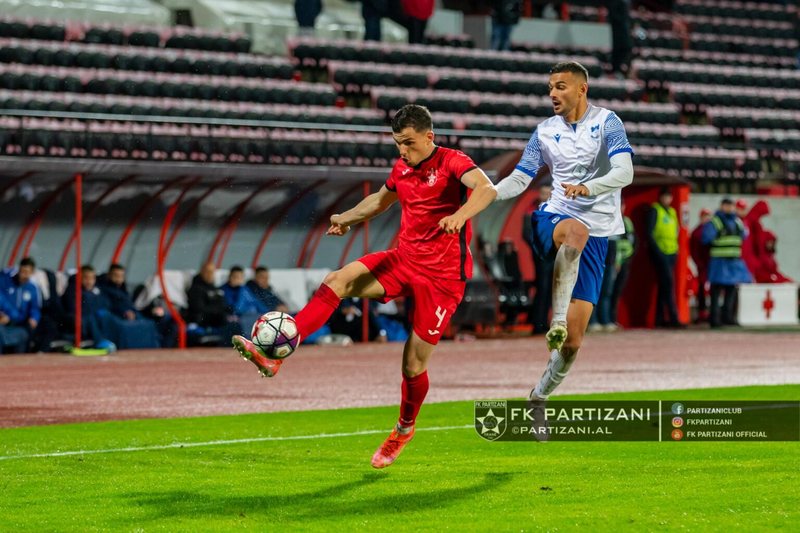 Partizan and Tirana are making the last efforts in the market to format the team for the new season. Since they are two clubs with claims and actually have good teams, both clubs want to be in top form and ready for the new season, which starts this weekend with the first matches. Undoubtedly, Partizan and Tirana claim the trophies, but the rivalry with the district clubs, specifically Vllaznina, Kukës and Laçi, without forgetting Teuta and other teams, will be great. To enable the necessary difference with the rivals, the two clubs are using the last days and hours of the market to bring quality players and Partizan made an important shot for the new season just yesterday. Meanwhile, Tirana has lost players and is in urgent need of reinforcements. However, coach Shehi is not in a hurry,

Seferi leaves, the approaches are not so convincing

The Blue and Whites must decide whether to sell their star player or look elsewhere. Vorskla Poltava has made an offer that is thought to be 500,000 euros for his card, but also a hefty salary. The author of 19 goals last season is pondering the offer as are the club's management, who must decide by the end of the week. It is certain that Seferi is not counted as part of Tirana this season, except for the reversal of the situation. Likewise, Tirana expects to score two more shots. One is the right-back, Albion Marku, for whom things seem almost closed. For the player, there is a derby with Partizan, as the Reds are also looking for him. Meanwhile, in the end, another footballer can come to complete the blue and white. We remember that in Europe, Tirana collected 4 losses in a row.

Brazilian midfielder Viktor Da Silva is Partizan's next hit in the market with the parties expected to formalize the agreement today, i.e. with the presentation of the player. The 27-year-old arrived in Tirana to sign the contract with the capital club, this formalization of the agreement has already been completed. Da Silva thus returns to Superiore, where he was previously part of Vllaznia, to start a new adventure with Partizan under the orders of Xovani Kolela. In fact, yesterday afternoon, the Brazilian player entered the field talking with coach Kolela, who insisted on having him in the team. After clarifying with the coach about the training and condition, it was the turn of the "clarification" with the new teammates. Even Da Silva has succumbed to the tradition established in football teams where the players await new approaches to the famous tunnel. The players of the reds lined up and Da Silva went through the middle of the tunnel being "greeted" with a slap by his teammates who in this way made the Brazilian footballer who was one of the most prominent in Superiore a part of them. the past two seasons, when he wore the jersey of Vllaznia.