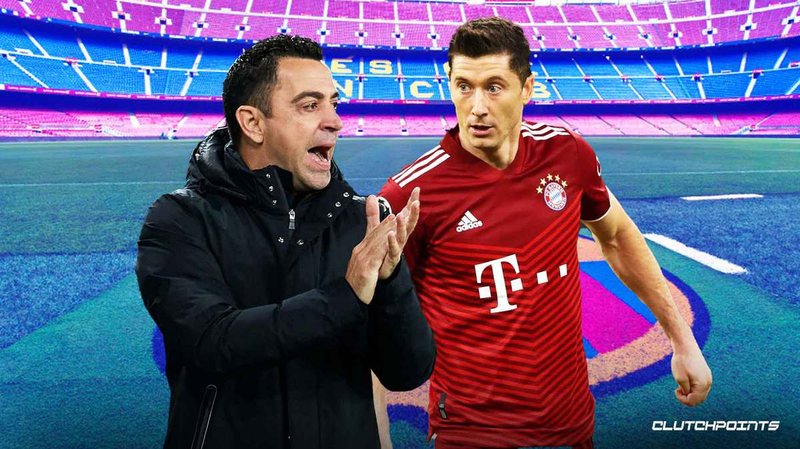 Barcelona is trying to leave behind the situation of the financial crisis and take steps forward towards a normality, which would ensure the growth of the club in Spain and in the European arena and would bring Barcelona back to the trophies. Meanwhile, in this market period, Barcelona has looked at good players, to make a "big" shot and it seems to have found its target, the Polish Robert Levandovski. In fact, "Leva" has clear ideas about the new season. The Polish striker has one more year on his contract with Bayern, but he wants to transfer to Barcelona at all costs. The Catalan club has made 3 offers for his services, but the Bavarians have rejected every proposal from Spain. Bayern demands 60 million euros to release the 33-year-old. Barcelona's fourth offer will be around 50 million euros + bonuses. An agreement between the parties is still a long way off, while the Bundesliga's all-time leading scorer met with Xavi last Wednesday in Ibiza. AS writes that the two talked to each other for a few minutes. "I really want to train and work with you," Levandovski addressed the Barcelona coach. The striker also has offers from the Premier League, but a move to La Liga is his biggest obsession. He does not want to be present at the rally that Nagelsmann's team starts on July 12. The ball has passed to Barcelona, ??which should increase its offer to secure the card of the Polish star. The leaders of Bayern are no joke, they have made it clear that 60 million euros must be paid to release him. Even Xavi insists that the official agreement with the German champions be reached before July 16, the date when Barcelona starts the American tour. to have the central striker part of his team. Joan Laporta, the president of Barcelona, ??spoke briefly about this "telenovela": "We are very happy that Leëandoëski wants to join us, we thank him, but he is a Bayern player, so I prefer to keep the situation calm", he added. Xavi. What does the player himself want to do? The Polish attacker posed with a family member wearing a Barca jersey. Exactly at the height of the rumors that take the "bomber" of Bayern to the "Camp Nou". Could it be some kind of pressure that Lea is putting on the leaders of the reigning champions of Germany to accept the "Blaugrana" offer? One thing is certain: Levandovski is doing everything to wear the Barca shirt. Understandably, he is looking for a new success, to be a leader in another elite championship in Europe.