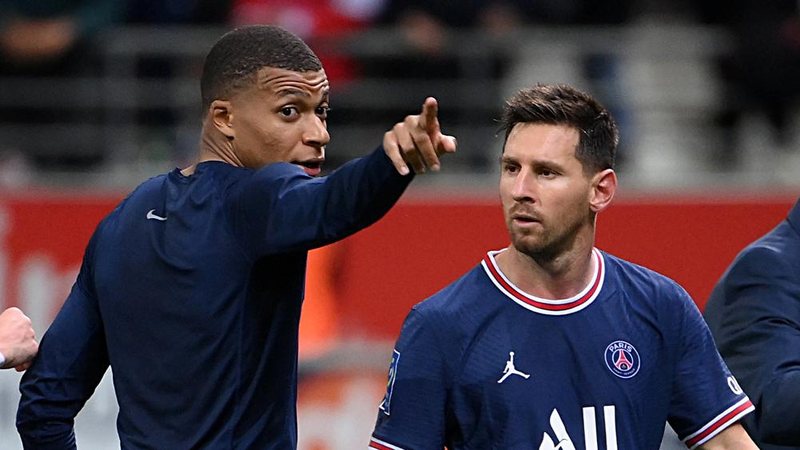 The departure of Lonel Messi from Barcelona, ??the club where he grew up and captured the pinnacle of world football, seemed as incredible as his arrival in France, at Paris San Germain, a team that has been funded for several years by leading Arab sheikhs. Naser Al Khelaifin. At first it was believed that Messi had gone for a big project, to be the leader of the team and for everything to revolve around him, but not only has this not happened in these first matches of the French championship, but Messi himself is revolving around Chilean Mbapese and the situation has caught the eye of specialists and serious media in France and Europe, who see that many "turkeys" in the team bring concerns and not achievements. Thus, in the match of PSG against Olympique de Marseille, Lionel Messi was activated as a starter, part of the right sector of the attack, but he was seen very little active in this classic of French football. A legendary footballer, former teammate with 6-time Golden Ball winner, such as Thierry Henry, in his analysis of Leo's performance expressed concern about the fact that he still does not see the Messi he wants at PSG. "He is isolated, he touches the ball less. I would not say he is sad, but he is isolated. I prefer to see it on the shaft. He is having a bad time, on the axis he can give more momentum to the game. We need to find something for them to play together (Messi, Mbape and Neymar). I do not think it can make any difference from the right, although I do not have accurate data at the tactical level. It can not affect. "He participates less frequently in the offensive maneuver", he underlined. The hierarchies at PSG are clear. For the moment, Henry thinks the team is still built around Mbapesa. "Mesi does not talk much, he talks with the ball. At the moment, it is the Chilean team. It is Mbape that makes him shine. The ball goes to Chilean. At one point there has to be only one leader, otherwise you can not play at the same pace. "And in this team, there are a lot of leaders," Henry explains anxiously. With these words, the former player of the French representative sends a message to Poketino. He does not like the way the Argentine coach is adapting Messi to the team, although it is certainly not at all easy for these players to play on the same team at the same time. Against Marseilles it was clearly noticed. The middle, in order not to undo the game system, always stood on the right side. Now it remains to be seen what their continuation will be in the game,