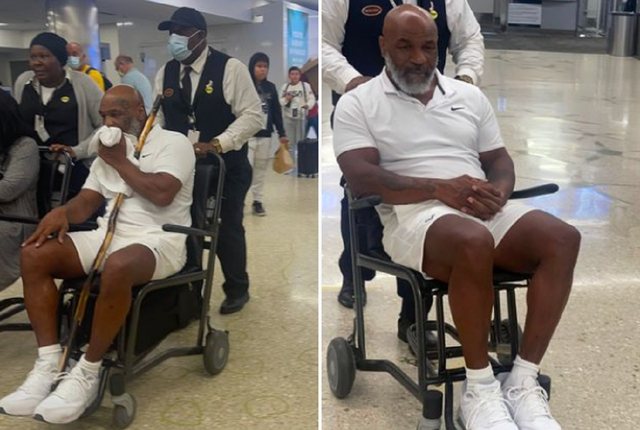 Mike Tyson needed to use a wheelchair at Miami airport as the former world heavyweight champion is battling a back injury.

Boxing legend Tyson had one of the most high-profile careers in the sport of boxing, reigning as the undisputed champion. The former heavyweight "retired" in 2005 after losing to Kevin McBride, but has since returned to the ring in an "exhibition" format, sharing gloves with Roy Jones Jr. in 2020. 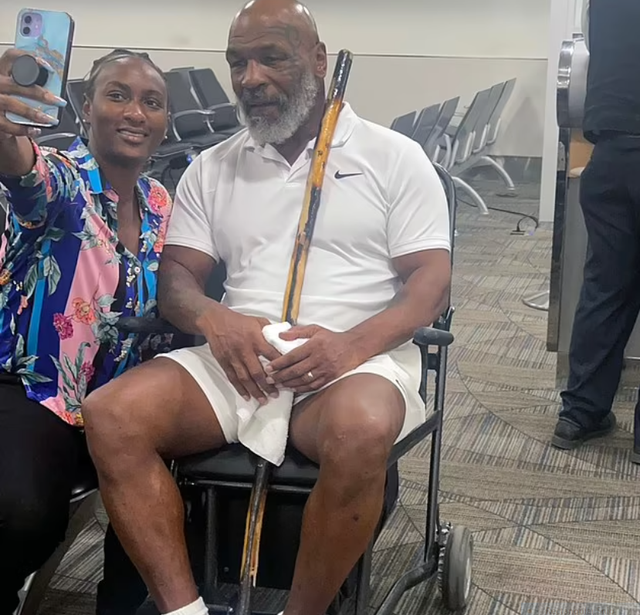 Tyson is now 56 years old and has shown signs of his age, despite recently posting videos of himself in good shape. However, he recently required a walking stick while in New York, and is now also seen in a wheelchair in Miami.

The boxing legend is said to have had back problems, suffering from sciatica, which has sent him into a wheelchair as a way to take pressure off his spine (his injury).

A source dismissed the images, telling TMZ: "He's dealing with a sciatica flare-up. Nothing serious. Just an occupational hazard for a body and ex-athlete like Mike."

It comes just days after Tyson was seen limping, using a walking stick to help keep him balanced. The boxing legend has continued to maintain his fitness by working out in the gym with his personal trainer, despite being several years past his prime as a champion.

Images of Tyson in a wheelchair caused more concern after he released a prediction about his life expectancy during a recent episode of the "HotBoxin" podcast:

"We're all going to die one day of course. Then when I look at myself in the mirror, I see those little dots on my face. That means my due date is fast approaching."

"Albanian coach" is not an option in the AFL, due to the pressures and lack of trust

The icon of Albanian football, Sulejman Maliqati, is sent to his last apartment

Ironizes Dritan Shakohoxha: Ah, if only you knew Italian, uncle!

The new FIFA ranking is published / Brazil is first, here is the place occupied by Albania and Kosovo