Uzuni and Broja in top form, Manaj disappoints with Barça B 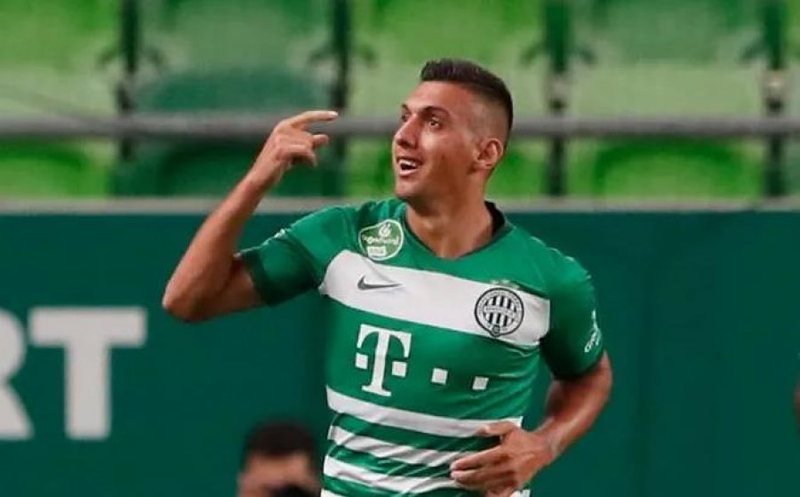 The new players of the National Team are the hope of the red and blacks in the qualifiers of the World Cup Qatar-2022. Some have reached satisfactory levels. But there are others who are still not finding themselves, as is the case with striker Rei Manaj, who is part of Barcelona B, and in its last match lost a flagrant case with the gate empty, making the most difficult, throwing the ball out. Meanwhile, Myrto Uzuni has made progress and has become a key starter for Hungarian Ferencvaros, a player who deserved the invitation of coach Edi Reja in the National Team and is believed to be a strong point for the Red and Blacks in the next qualifiers. He even recently found time to morally support his former teammate at Lokomotiva Zagreb, Indrit Tucin, who damaged his ligaments. Meanwhile, there is good news for Armando Broja, which has returned from injury. Overall, the young red and blacks are getting in good shape.

Armando Broja shone yesterday for Vitesha as in the challenge against Emen in the transfer, the national team striker scored a goal, but also assisted. A feeling which Broja had lacked since he was in "boxing" as a result of an injury. Meanwhile, after the match, the 19-year-old owned by Chelsea was happy to return, while emphasizing that even though he came from injury, he was still no different from the others. "I am very happy to play again. It is not simple. There is a very big difference, as I trained separately, stayed home while I was on the field today. Despite coming from an injury, my quality is not much different from other players. I repeat once again, I am very happy. Tanane gave me a good pass and I scored. I did my best. Getting back in shape? It is important that I am back on the field and I am lucky ", said Broja.

It was an unfortunate preparatory phase for Indrit Tuci with Lokomotiva Zagreb. The striker of Hopes has suffered an injury to the knee ligaments and consequently can not avoid surgery. Such injuries make you stay out of the field for a long time, so the season for Tuci is considered closed prematurely, as more important will be the preparatory phase in order for him to return to 100%. Meanwhile, after the news about the injury of the Albanian footballer, a message of support came from Myrto Uzuni. The Ferencvarosh player, through social networks has given courage to his friend with whom he was a teammate at Lokomotiva, asking him to come back even stronger.

Manaj disappoints Barça B, does not score with an empty net

Napoli has won for the second time in a row in Serie A, as it easily defeated Fiorentina 6-0. Meanwhile, 90 minutes were reserved for Elseid Hysaj, while coach Gatuzo gave 11 minutes on the field to Amir Rrahmani. It must be said that Hysaj was evaluated with a good grade and did his tactical tasks properly on the field of play, receiving the congratulations of coach Xhenaro Gatuzo, while Rrahmani had a few minutes so that an accurate evaluation could be made. But in those 18 minutes he played he was quite correct with his game in the service of the group.