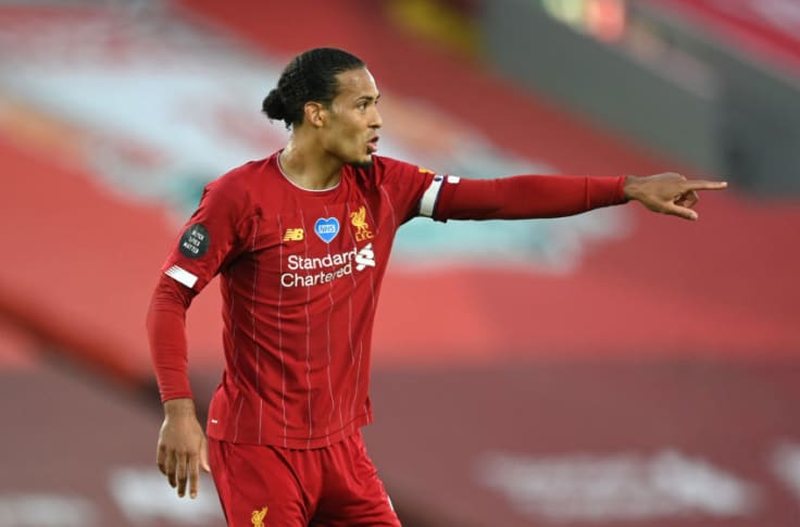 Not at all good news comes for one of the best defenders in the world in recent years and the cause is his serious injury that still takes a long time to recover. Thus, after losing the whole season with Liverpool due to that injury in the derby against Everton last October 18, Virgil Van Dyke will not be part of this summer's European team with the Dutch representative and it will be exactly that big absence of the national team. orange. The macabre intervention of Everton goalkeeper Jordan Pickford has not yet been left behind by the Liverpool giants who have to wait for next season to get back on the field. The 29-year-old's goal was to recover for Euro 2020, but, unfortunately, he did not succeed. "I physically feel that it is the best decision not to participate in Euro 2020. "My whole focus will be to start my last phase of recovery in the preparatory phase with Liverpool, to be ready for the new season," said one of the strongest defenders on the planet. Liverpool have suffered a lot from Van Dyke's absence this season with Jurgen Klopp's team having the weakest point defense without the Dutchman and will most likely be left out of the Champions League next season. Meanwhile, for Liverpool coach Jurgen Klopp, Manchester City is the best team in the world, while Guardiola is the best coach. Manchester City has returned to dominate this season in the Premier League, until days ago it made history by qualifying for the Champions League final. Albanian talent scores a beautiful goal for Dinamo Zagreb. Pep Guardiola has built a team of champions that even his rival covets, Jurgen Klopp. "The city has the best coach in the world. "He has the best team and the best coach, it is a good formula for success", he said. City have already won the Cup and the Premier League in England, while aiming for the Champions League trophy that on May 29 will require it in the confrontation with Chelsea. Liverpool manager Jurgen Klopp has also defended his Manchester United team-mate Ole Gunnar Solskjaeri, who was criticized after Wednesday night's loss to Leicester City for changing almost all of the starting 11s. The busy schedule of the last days for the "Red Devils" pushed Solskjaer to rest those who sent United to the Europa League final and to play with reservations. He was criticized for making so many rotations, but Klopp has come out in defense saying he would do the same. Even, according to Klopp, those who should be blamed are those who do not care about footballers and make such a calendar. "The Manchester United formation was what I expected. They play on Sunday, Tuesday and Thursday. This is a crime. It's not the fault of Ole and his players. "I would have done the same," said coach Jurgen Klopp, among other things, in the usual press conference he gave yesterday from the premises of the Liverpool club.

The competitor of 'Përputhen +40', Iliri, during his meeting Gilberta showe...