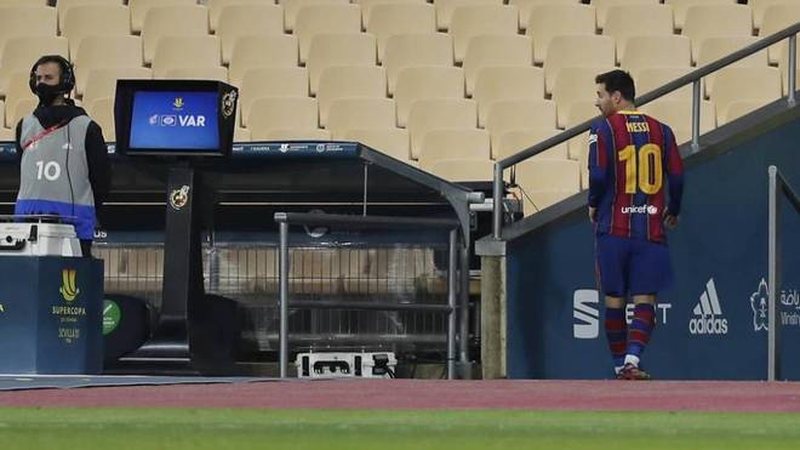 The competition commission has sentenced Barcelona star Lionel Messi not to play two matches after receiving a red card in the Spanish Super Cup final.

The Argentine hit Asier Villalibre in extra time and was sent off.

The competition commission has suspended him for two matches, so now Messi will miss the challenges against Cornella in the Copa del Rey and Elchen in La Liga.

In the description of Gil Manzano is quoted as violence in the game: "In the 120th minute Messi player was sent to red for this reason: He hit the opponent while the ball was on the field, but not at a distance", wrote the referee.

Meanwhile, we remember that for Messi it was the first red card in the Barcelona shirt.