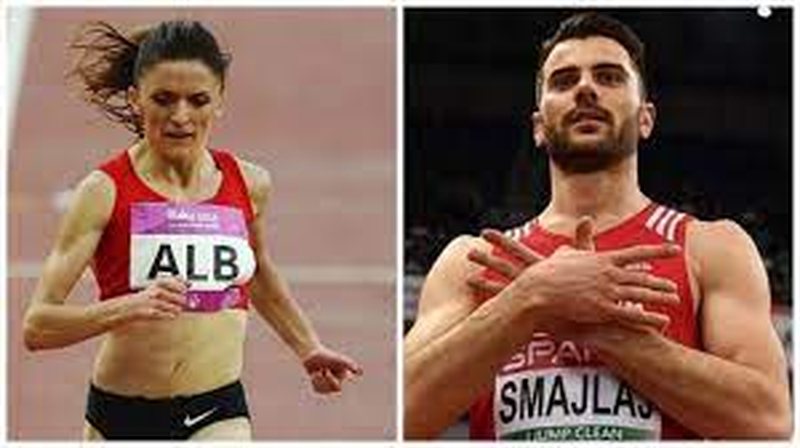 The North Tokyo 2020 Olympic Games will officially start at the end of July. As it is known, they were postponed for a year due to the coronavirus pandemic, but now the situation has improved and Japan is making final preparations to be ready to host elite athletes from all over the world at the biggest sporting event the world knows . It should be said that Albania is also preparing for the Olympics, in terms of evaluation to be with as many participants as possible, but the chances for Albania to lead a significant number of athletes to the Olympics are slim. This and the fact that time is limited, there are not many activities of qualifying value and the pandemic dashed the hopes of even those who had believed that their best moment would come.

Gega and Calja, the athletes who have caught the norm

Athlete Luiza Gega is the first to secure the Olympic norm to be present at the Tokyo Olympics. It has even been more than a year since she caught the norm in the 3000 meter hurdles discipline, where gega is one of the athletes aiming for the final race in this discipline. It is undoubtedly the pride of Albanian athletics, with many national records and that can record a surprise result in the Olympics, always if things go according to expectations. The other athlete who has secured the Olympic norm is Briken Calja. He took third place in the last European, but has had honorary places and on the podium in all competitions where he has participated and is considered to be in the top 5 in the world in his weight, so the presence of Caljes in the Olympics.

Smajlaj, a chance that comes and grows

Izmir Smajlaj suffered some injuries that conditioned him to catch the Olympic norm. In fact, his last jumps have been above the Olympic norm and this makes the athlete have a real chance to go to Tokyo, ie to the Olympics. Just a few days ago, in a competition held on the dance floor in Tirana, in the presence of a wide audience, he jumped 8.16 m, ie 1 cm more than the Olympic norm and this automatically introduces him to qualified athletes. But the result must be verified by the IAAF. Most likely, the European and world federation will accept this result, as long as it is a national record, bringing the athlete an invitation. Everyone hopes so. In fact, as his coach Ruli has stated, with or without an Olympic norm (meaning by invitation if the norm is not met) Smajlaj will be in the Olympics. Other athletes like David Nikolli and Franko Burraj have almost no chance of qualifying. What athletics hopes to at least be in our top sports is to lead an Olympics Luiza Gegën and Izmir Smajlaj, who not only have high results, but are also the pride of Albanian sports today, with spectacular and comparable results with the best of the world in their disciplines.

Albania aims to take at least four other athletes to the Olympics. Thus, a boy and a girl from swimming can grasp the rate of why they receive an invitation to participate. The other two athletes are one of gymnastics (a Russian who competes for the colors of Albania), as well as a shooting athlete, veteran A. Kucana, but neither of them is sure, on the contrary, they will need either invitations or some Impressive result in the important international competitions left before the Olympics to achieve this. Another athlete who hopes to catch the Olympic norm is boxing Rexhildo Zeneli, who at the end of this month will have a chance, but will have it very difficult.