Andy explains once and for all the relationship with Jasmina: She played the role! I closed the chapter with it, it's not even worth it… 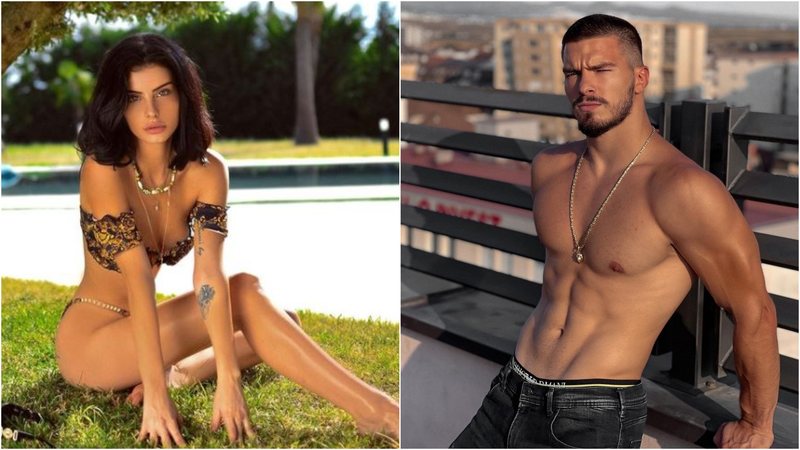 The chapter between Jasmina Kadriu and Andi Artan seems to be finally closed. The former couple started a love story in "Match", but the romance between them did not last long, they even parted angrily with each other.

During an interview, Andi Artani explained that Jasmina "is removed like another man". According to him, she has tried to contact him all the time, even for his birthday he surprised her by coming to Tirana, but in the interviews it is stated that "there is no chance that they will even be friends together".

The former competitor of Perputhen stressed that the chapter with Jasmina is finally closed and does not intend to open it anymore, adding that "she does not deserve to be so friends".

"Jasmina emphasized and re-emphasized it, even though she came in two weeks after me, saying who Andy was without Jasmina. In fact who was Jasmina without Andin. I do not like to point the finger, but he said as if he raised me. I was up, I went out with other girls. Even during the time I was declared, the other girls wanted to choose me on the date. I chose not to go out after I had declared for him. I am disappointed by Jasmina, she has tried to contact me several times. It was all her idea, but she threw it at me. She played the role, as if she were a different Jasmine. Two days after Prime came for my birthday,'s likely to make a surprise. I did not celebrate, I accept. I said thank you, after he left I wrote to him: “After everything that has happened, I appreciate you. Thank you! ”, Then started with his own.

In the confrontation, as if I did not miss Andit, there is no chance that we will be friends. I did not go there for reunion because I closed that chapter and do not intend to reopen it. So I agreed to confront. I do not like to hold grudges, I wanted to clarify once and for all. With those gestures he has made he does not even deserve to be friends. I have continued my life, I have other plans ", declared Andi Artani.

He said that he is currently single, leaving open the possibility of meeting other girls. While he added that if he was invited to join BB Vip he would accept it.

"I am single, from the heart there is nothing new. Goca… (laughs). If I was invited to join Big Brother I would have accepted. It would be interesting, as I would prove I am the same. It would be cool ", concluded Andi Artani.

They did not testify in the trial against Enver Sekiraqa, the court makes the drastic decision for the singer Adelina Ismaili and her sisters

Due to the absence of witnesses Adelina Ismaili and her two sisters Zanfina and ...