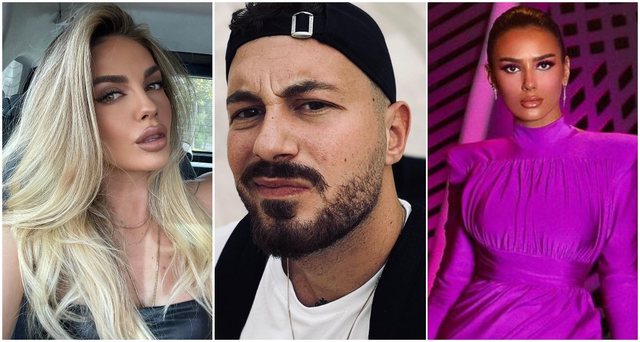 Today at the 'Big Brother VIP' house residents heard a voice shouting from outside.

The person in question, who is known to be male, was looking for Donald and Beatrix.

He insulted Donald 'masquerade' and when Beatrix asked him who he was he said he was a fan of Snow.

Beatrix replied simply with one: okay and left.

‘Big Brother’ also warned residents to get inside.

It is not yet known how this situation happened and how the person in question could be found outside the house shouting against Donald and Beatrix.

This triangle has created a lot of feedback on the grid.

The public has turned against the youngest couple Donald-Beatrix and there has been no lack of hate speech on social networks.

For this, the presenter, Arbana Osmani, yesterday's show attracted the attention of viewers of 'Big Brother' as such a case had never happened before.

On the other hand, what is being praised on social networks is Bora Zemani, whose followers have increased significantly and is close to the figure of 1 million on the social network Instagram.

Donald, one of the most popular with the public, has recently become the target of negative comments, and apparently someone did not restrain himself until he went to the house of 'Big Brother', as shown in the video above.