The hot file in the USA, the SP deputy makes a strong statement: They want to remove Edi Rama

"Secret and not at all official connection", the DP deputy reacts on the "McGonigal" case: Rama cannot be prime minister of the Albanians

"No one says...", Kreshnik Spahiu reveals the behind-the-scenes of the "McGonigal" scandal and casts strong doubts: How the ex-girlfriend of the head of the FBI helped Edi Rama

The "McGonigal" scandal/ Gjiknuri admits it: I also met the former FBI agent, I don't give details about what we talked about, but..

Who is the darling of the West? Kreshnik Spahiu reveals the senior politician: He received a strong political and media blow

"We are like the "banana republics" that use dirty money...", Abilekaj reacts harshly: Edi Rama cannot escape, he destroyed the image of Albania

Serious event/ From the fifth floor to the ground floor, the elevator with people inside in Tirana breaks off

"I have been harassed by my husband's friends and heads of institutions, I am a victim of..."/ The well-known Albanian television personality surprises with the statement: They touched me and pulled me up to... 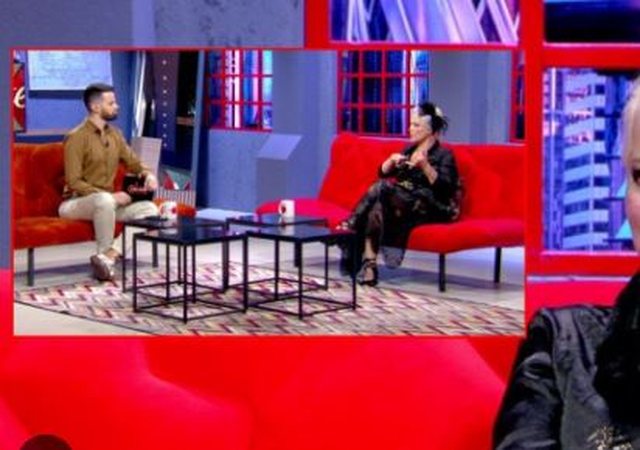 The former well-known Albanian ballerina and aerobist, Linda Kalemi, has surprised everyone with her latest statement. In a connection with Skype for "ABC e M?ngjesit", she has shown that her husband's friends and many leaders of various institutions have touched her, dragged her to the point of strain.

Linda has said that she will take out the initials in the future to fight the phenomenon, which many women encounter.

"They touched me, they pulled me, to the point of straining. Not only from the leaders, but also from my husband's closest friends. That I call my ex-husband, as he is the father of my children and the most important one. Even today, I have said on social media that I will release them in the future with initials, because I want to publish these in my own way. These are social phenomena and I want to fight them. I am also at the end of my life, so why not express it to you.

I am the victim of a head of an institution, which came out in the first trial, and this happened spontaneously. The father-in-law himself was forced by the court and said yes. "The director of the Ballet Theater and Opera gave me the negative information" and said the name. This statement was made in court, I don't like rumours, they are real things that must be faced" , she said, among other things.

Ilir Shaqiri makes Olta paranoid, the actress catches up with Luizi: I knew it meant something, I knew it! Here is the singer's reaction

The former resident of BBV returns home and makes an unexpected gesture, the competitors are surprised (Photo)

Ilir Shaqiri strangled Olta inside the house of Big Brother VIP Albania, this is what he said to her after he jumped on her neck

Among the well-known characters, Alban Skënderaj has "two words" about the earthquake in Turkey and Syria!

"I can't be bought with money like Olta"/ Zhaklina reacted after the publication of the audio showing the blackmail of Olta's husband.

What happened between the couple? "I've kissed him a lot, he's starting to get bored"/ Kiara 'explodes' badly at Luiz: Ow? Run away and don't come near me anymore..

"Krisu now you and that p***na of yours", Amos Zaharia seriously offends Luiz and Kiara

Amos in serious condition for a cat, slams the door in the resident's face (VIDEO)

The private conversation is published/ Zhaklina Lekatari explodes the bombshell: Oltë's husband is blackmailing me

"I saw in a dream that I will be the winner", the resident of "BBV" speaks with conviction: I was confirmed by a flying white horse

"The wonder of the century"! "Sudden turn" in Big Brother, the two "rivals" form the new group (VIDEO)

Luiz's mother speaks for the first time about her son's experience in Big Brother Vip: I only want one thing from my son

Luiz's mother has spoken for the first time about her son's experience in Big Br...

Changes in "BBVA", three new entries will "invade" the house

Ilir Shaqiri gets the residents into trouble, Luizi doesn't hold back against Olta: You don't have a cousin or anything, you can have her as a friend...

Big Brother informed the residents of the most famous house in Albania that seve...

VIDEO/ "Big Brother" brings Olta's dog inside the house, the residents run away 'terrified', Luiz is attacked and...

Big Brother informed the residents of the most famous house in Albania that seve...

"You entered last, but..."/ Ilir Shqiri enters the BBVIP house, here is the unexpected message he gives to Luiz

It seems that the surprises for the residents of Big Brothet VIP2 are not over. ...

Dea surprises with her response to Luiz, residents openly reveal who is leaving "BBVA" on Tuesday

This Tuesday, all the residents are nominated except Kristi, who opened Pandora'...

The political, diplomatic and patriotic misery ...

In no city of Albania are promises "kept" as in...