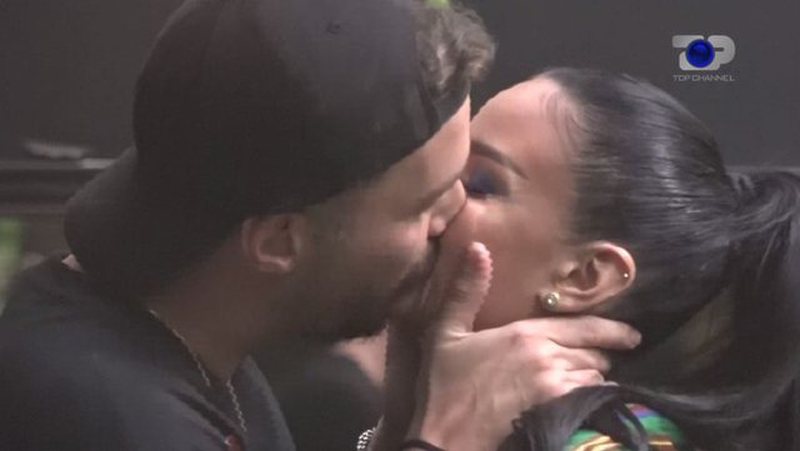 The meeting of Bora Zemani and Donald Veshaj on Friday evening at "Big Brother VIP" started with a long hug, was accompanied by many emotions and ended with a kiss.

This meeting has gone viral everywhere on the network, and recently was commented by Bora himself during today's episode of "Match".

All the competitors together with the opinionist congratulated the moderator, who said that the whole event was very unexpected for her. In addition to Donald, she stopped at Sam and a friend of theirs.

"I do not want to mention only Donald, but also the relationship with his close friend, Sam. "My night did not end there because our other close friend was born that night", said Bora.

Opinionist Arjan Konomi kept asking him about Donald, but the moderator said excitedly:

"It was a lot of beautiful emotions and for me really. I do not know what to say that to some extent I expected that I would be excited about this part as well, but up to that point I did not think it would go. I have a lot of questions for myself. "Do not embarrass me any more."

Arbër Zeka is one of the winners of "Big Brother". He was a participant in...