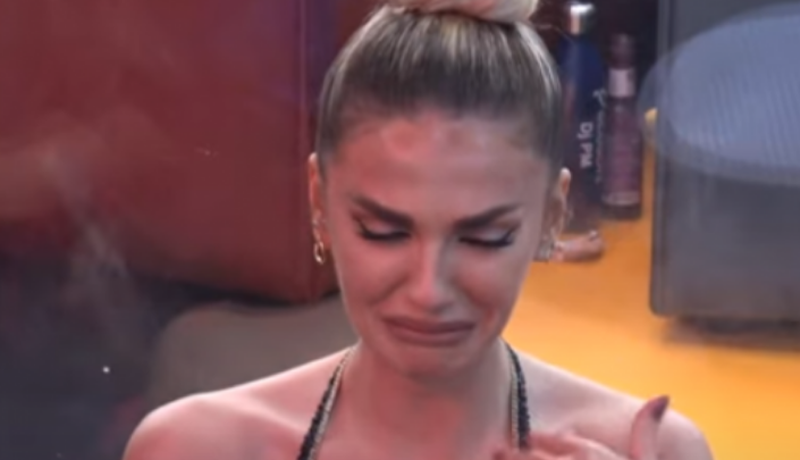 Former resident of "Big Brother", Neda Balluku, has distributed on her personal account a message for Beatrix Ramosaj, after the latter left the house of the reality show. In a long and detailed article where support was expressed but more than that the strength was distributed to face this difficult situation, among other things Neda wrote: “You have only one task Trixë today and forever, in the face of the hatred that in "Albania comes for free, you will get a little tired in the battle to surround yourself with the love that often seems silent here, but it is and is strong, you just have to give it a little voice."

Invited to 'Abc e Pasdites' with Ermal Peçi, Balluku explained the reason for writing this message, which she says she would not like to exclude.

"I really wish 11 years ago someone had stood up publicly and said those words to me. It's not about specific names, it was Neda or Trixa. " - says the activist, recalling once again her own experiences after leaving home 11 years ago, after creating a sentimental relationship with another resident of the house, Ogren Balluku, who today is her husband and father of two children who grow up together.

"Today we are talking about a character who today is not known where he is but who is super honored. That she should drink coffee after her experience and so on. Thats it! It is the decision we make to be good and to have self-confidence. This applies to any person performing a public job. The hatred is scandalous, I have to stop. "If we deal with anyone who disagrees with our work, it never ends, we never live and we never work." - said Balluku while explaining the reasons that push him towards this public letter.

What does Neda want to say to Beatrix with this letter? “What I would like to say is; there will come a time when we will have to decide whether to live for ourselves or for those who love us or hate us. ”

They had kept it a secret, the youngest couple of the Albanian showbiz is confirmed, they make sweet dedications to each other (PHOTO)

Although there has been talk for a long time about a relationship, model Dorin...