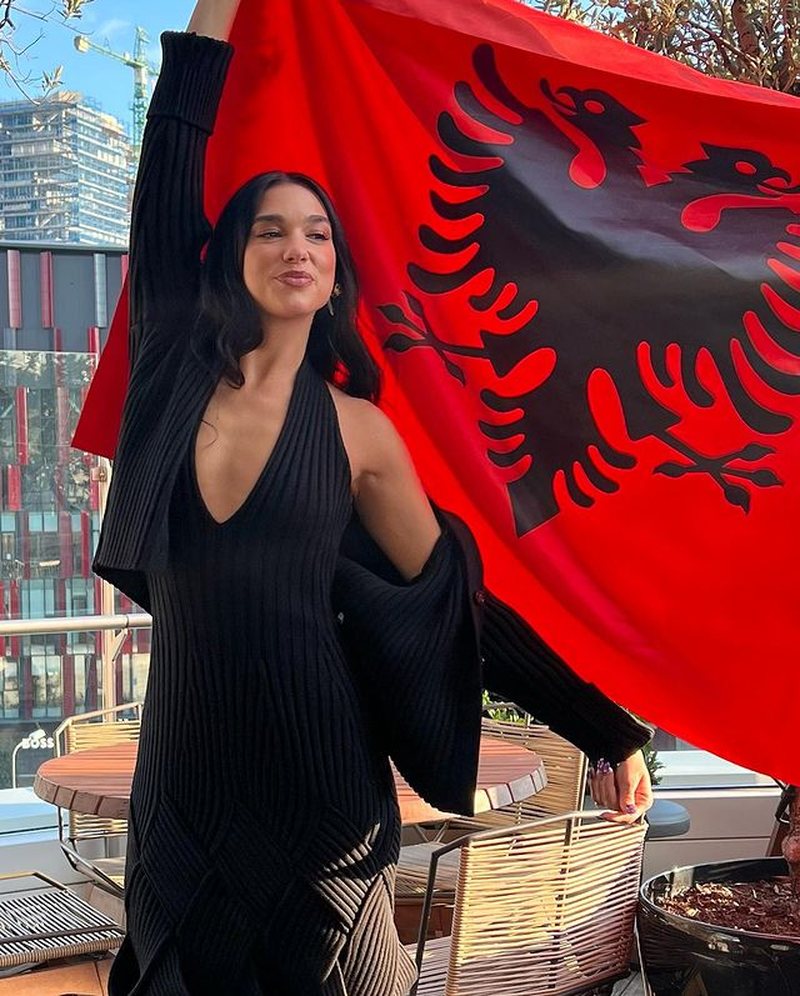 Singer Dua Lipa regarding the British government's criticism of Albanian immigrants, said that Albanians will have to fight hard to remove this stigma. She said the other day that everyone should have the right to feel like a resident in any country where they live. Music star Dua Lipa expressed this during the press conference, which took place a few hours before the big concert for Independence in "Skënderbej" square. "A great disaster as we are seen in the eyes of other politicians, these are unsingable words, I think we need to fight xenophobia in the world, it is necessary, we must change the stigma that people have towards Albanians, this is what can to do. We need to be accepted as residents of every country where we live", said Dua Lipa. She held a concert last night in "Skënderbej" square, which is the last for her "Future Nostalgia" tour. A few hours before the concert in Dua Lipa square, in a press conference, where she was together with the mayor of Tirana, Erion Veliaj, she said, among other things, that the concert in Tirana is the same as in the other countries where she has performed. "The show is the same I did for the world tour, it's a show I've done in every country and for me it's very important to finish it the way we started, so we don't have something a little different today. It is the same show "Future Nostalgia", which I wanted to end here. I have not performed in every "Sunny Hill" that has existed, but I had a lot of fun coming today for a very important day and I thought that for me this is the day I wanted to perform in Tirana", said the singer .

The Ministry of Culture opens the call for projects, in 2023 festivals, artistic projects and those promoting heritage, as well as the creative industry will be supported

"Fund of Artisans" for the promotion, preservation and transmission of handicrafts

Alda Bardhyli: We have paid special attention to Albanian authors, making them more present in the public discourse

Albanians and Jews in the Second World War, a scientific conference

The Experimental Theater opens the call for artistic projects, priority in 2023 contemporary Albanian dramaturgy, European and beyond

The director of the "Visconti Fine Art" gallery in Slovenia, Lazo Vuji? Lazar: We are on the way to concrete cooperation for the promotion of the artists of the two countries with GAT

Margariti: "Theatre Fund for Young People" as support not only for the young generation of artists

Vasil Tole: the 70th anniversary of the foundation of the National Theater of Opera and Ballet an opportunity to appreciate and honor all the founding artists, those of yesterday and today

Buron Kaceli: It is not easy for artists to open exhibitions, in "Plein Air" the artistic level has been increasing from year to year