Western Balkans Ministerial, Margariti: The Cultural Platform as a Bridge of Communication 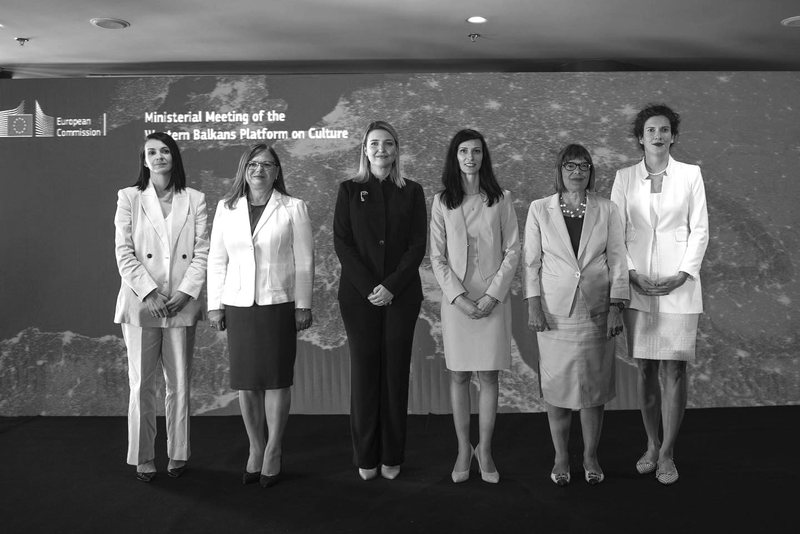 The 8.8 million euro tender is open for the construction of the new Puppet Theater at "Garda", inside the 8-storey building there is also the National Center of Culture for Children

Ledia Sulaj: The path with ballet is long and full of sacrifices, to stay in the market you have to constantly work on the roots of the past, looking for the new

The laurel leaves and the treasure of Tepelena's sea urchins...

Pandeli Koçi: Literary criticism has remained in review or 'friendly' form, institutions should develop activities for the problems and development of literature

Maintenance works in Butrint Park, one of the most important heritage areas

Painter Hasan Nallbani with a personal exhibition, landscapes, portraits and compositions are shown to the public

The artists of "MIK Festival" in the museum house of Sterio Spasses, with the aim of promoting the area

The old hammam of the XVII-XVIII century in Durres, after the restoration, a digital element will be added to show the history of the object

Armand Bora: The National Theater and the Opera and Ballet Theater have the same status and it is mandatory that the treatment of the artistic troupe be without differentiation

Gjirokastra Castle and Antigone Archaeological Park, 19,420 visitors during the month of July