Artur Zheji 'breaks down' Berisha's strategy for March 6, makes the unexpected statement: One party will ... 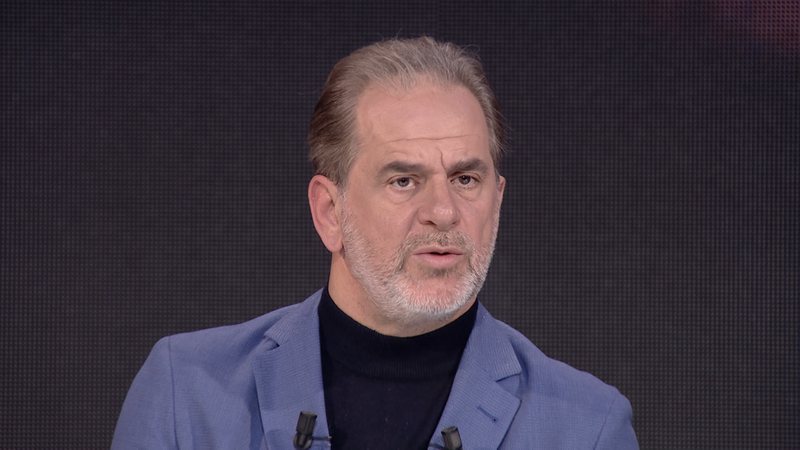 While we are not separated from the March 6 local by-elections, analysts Fatos Lubonja and Artur Zheji commented on former Prime Minister Sali Berisha's statements about what he described as the strategy to win this process.

Zheji, a guest on the show "Points on I" said that there are rumors that one of the parties will withdraw from the race for local elections, to pave the way for the Democrats. Among other things, he put forward one of the theses that Berisha can come up with independent candidates on March 6, taking as an example the former mayor Voltana Ademi in Shkodra.

Excerpts from the discussion

Zheji: Maybe Berisha has advisers that we do not have and he has one under his feet that will be issued in due time. No action is taken before the elections. It's not more than 30 days, as February is short. He neither wants nor can not register. As a candidate of a political entity he can do it. The court ruled that Basha is the chairman of the Democratic Party and he can not be duplicated. If the SMI is registered, and issue a joint candidate, or come up with an independent candidate. This has happened in Italy as well. People with vision make their list. So they can be people beyond the left and the right. In Albania, the only region or city that eats strong discussion is Shkodra. It is known that it will be a bastion of the right. The only possibility that Mr. Berisha has, is that since he has chosen Mrs. Voltana Ademi, to introduce her as an independent candidate. Or tell the SMI to run Adem. Maybe it's a negotiation. There is a corridor rumor that one of the parties may withdraw from the election. There is talk of another coordination. Maybe I'm speculating. But important corridor comments say that this negotiation has been launched, where one of the parties withdraws, so as not to split the right-wing vote in front of the SP.

Berisha said that negotiations are taking place. The Allies have said they are not with either side. So negotiations with allies that do not support any party, means that they do not want to become part of the DP division. If Berisha means attracting allies with his logo, he has one. If it will borrow one of the PR logos for example. So Voltana Ademi will be declared a Republican, but they have not been registered yet. Either those who advise Berisha are not good, or the doctor is asking to postpone the election scandals to say; 'Rama took us out of the game', or next week to determine the candidates and the form in which he will appear before the elections. Lulzim Basha is also late. I do not know if there is a candidate.

Born leader, fame and money, these are the 5 most persistent and most successful horoscope signs

The strongest card you have under your sleeve is ... / Paolo Fox shows what the stars say about each of you

The money will come from the "window", the 3 luckiest signs for the month of June

Good news for this sign / Daily horoscope prediction, discover the surprises that the stars have in store for you today

That's how single it was, the 3 horoscope signs that will find love during June

Born to be rich, these horoscope signs can become billionaires

Beware of expenses / Daily horoscope forecast, discover the surprises that the stars have reserved today for your sign

Today 'bloody moon' / How is an eclipse expected to affect your zodiac sign?

'Tell me your horoscope sign, let me tell you how much you should not spend', the stars warn you: Be careful!

Be carefull! Branko gives good news about these horoscope signs, here are the lucky signs of Sunday

Whatever they want to get / Women who belong to these 3 horoscope signs, a bright future awaits them