"December 11 is the day of the re-establishment of the Democratic Party", Lefter Maliqi raises big questions about Basha: Why did not he listen to America when he was told not to leave the local elections, but listened to Berisha's declaration non grata 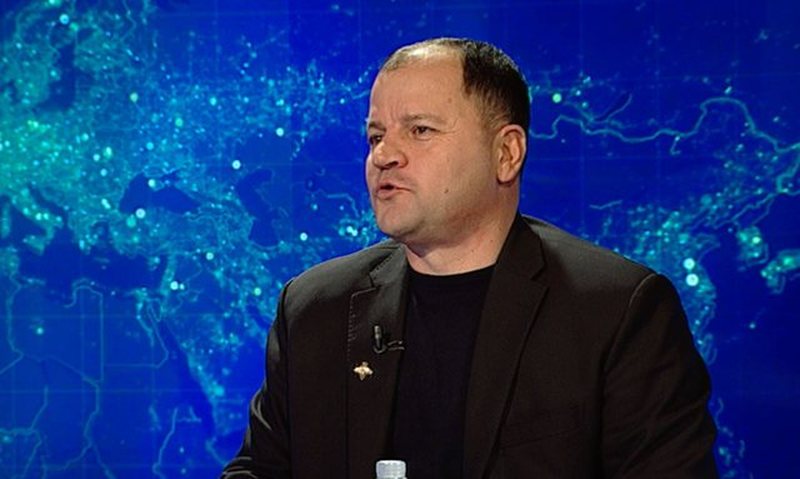 Invited to a television conversation, former MP Lefter Maliqi, said that December 8, 1990 was the day of the re-establishment of the DP.

Maliqi said that for almost 9 years, with the coming to power in the renaissance, steps have been taken in our country.

Lefter Maliqi: December 8, 1990 was the day of the re-establishment of the DP. The students gave strength to all Albanians to overthrow the dictatorship. It has been almost 9 years since the coming to power of the renaissance, we have steps back, blocking the negotiations, we have the country covered in the whole surface of Albania with drugs, organized crime, massacre, seizure of institutions.

The former MP emphasizes that December 11 will be the re-establishment of the Democratic Party, because according to him the eyes of the citizens have turned to Sali Berisha.

Lefter Maliqi: The date of December 11, the re-establishment of the DP or the opening of the DP is eagerly awaited. The sun can not be covered with a sieve, it seems everything this month that all television screens, media, citizens' eyes are directed towards Sali Berisha, his initiative. Regardless of age, his energies are surpassed by any other party leader or chairman.

This initiative is seen as a hope to defeat Edi Rama and all his oligarchic mafia clique, or capture the institutions he has made.

He says that the whole situation and the course of events that have occurred in the DP have come as a result of the Rama-Basha agreement in 2017.

Maliqi has also raised some questions regarding the reaction of Ambassador Yuri Kim to the June 5 agreement and to Basha who heard America about Berisha's "Non Grata" announcement.

Lefter Maliqi: We know Basha only for one thing, he lies at least over 10 times when he meets him. You see it yourself, you have seen allied parties that have resentment. This is the agreement of 2017, which I believe is a game of Soros to hit the whole old caste of PD and to gradually hit the SMI, until they managed to hit Berisha after 8 years. Why did the Embassy not react to the violation of the June 5 agreement, why did Basha not listen to America when they told him not to leave the local elections, but listened to Berisha's announcement "Non Grata".

I am sorry that all Albanians, 99% are pro-American but the game of this ambassador has kept the political side of the SP. I think that the holiday starts on the 11th. Luli has mourned where she is not with merit, but under the shadow of Sali Berisha.