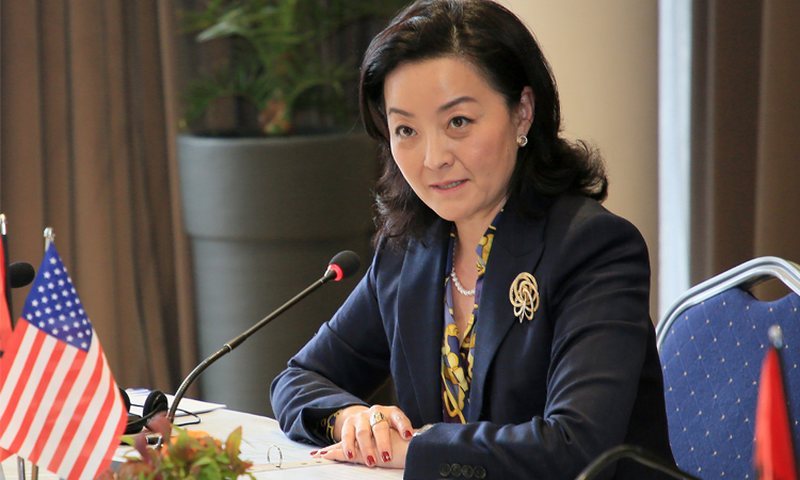 The American ambassador in Tirana, Yuri Kim, spoke yesterday at the conference of the American Chamber of Commerce, telling local leaders that they know the needs of Albanian citizens, especially at a time when Albania is facing cyber attacks. Kim said that there is no lack of support from the US and they are working with cyber security measures to remove the bad guys who tried to undermine democracy. "You know better than all of us what the citizens need for a better life. and safe. You also know the risks they face every day such as access to services. Local leaders know what priorities there are to have a safe life. Newly in Albania, as we have had in recent months, the protection of some ill-wishers who try to undermine the faith in democracy, where the peace of the citizens is disturbed. The US is here to help and we like to be here to help. This conference is one way. I am proud that we have helped with cyber security measures and the Albanian people. In the US, they are working with allies on how to protect against malicious new technologies. We all need partnerships between governments and the private sectors. We know the dangers are out there. These authoritarian regimes use technology to serve their objectives. Other countries sponsor other cyber attacks. We are pleased that we have the right people in this room, people who understand the risks and can offer solutions," said Ambassador Kim. But the country will also receive support against cyber attacks from the EU, the news was given by the ambassador of the EU Delegation in Albania, Cristiane Hohmann while talking about the "Smart Cities" initiative. "A pilot initiative in three municipalities in Albania, Durrës, Vlorë and Korçë, and this happens in the context of the government program called 'Smart Cities', which is still in its early stages. It is more about installation, with the placement of sensors related to transport, energy, the environment as well as public lighting, such as sensors at traffic lights in transport vehicles, at trash cans. This is a rather complex system and requires the fulfillment of certain conditions such as infrastructure. We will do some feasibility studies. Security measures are required to mitigate the threat of cyber attacks on smart city infrastructure. The EU is supporting and will continue to support the partners of the Western Balkans & to discover,