They come out with VIDEO/ Hackers break into Edi Rama's mail, receive 985 e-mails. Administrative workers complain about their superiors. The facts are revealed 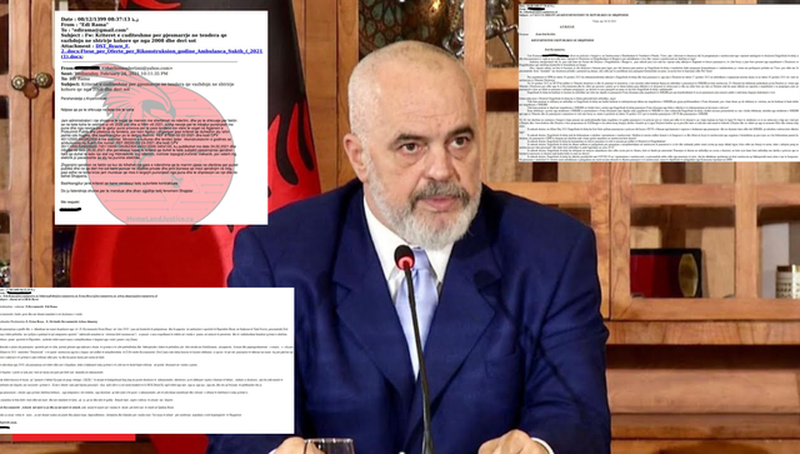 The group called Homeland Justice has published on its website registered in Russia hundreds of materials which according to them were taken from the official email of Prime Minister Edi Rama.

The numerous denunciations of the citizens are not the only ones that stand out, as it is also the administration employees themselves who complain to the Prime Minister about their superiors, warning him about the capture of institutions or tenders that have been favored.

One of them is dated October 26, 2021. Commissioner Lefter Bardhosh Shehu, who says he is an officer in the prison police and on duty in Vlora prison, complains about his director Engjellush Avdulaj for a number of problems.

Below we also have a video of the commissioner's complaint that he addressed to Prime Minister Edi Rama.

"Homeland Justice" itself claims that there are 985 messages that Rama received in his e-mail. They have even made them downloadable for everyone. A large amount of e-mails that were sent to the address of Prime Minister Edi Rama have been made public by the group of hackers that attacked the servers of the Albanian state a few days ago. In the document that can be downloaded by everyone, there are thousands of documents, communications of the prime minister, complaints of citizens, officials, businessmen about numerous procedures related to the government, invitations to events, lists of projects, etc.