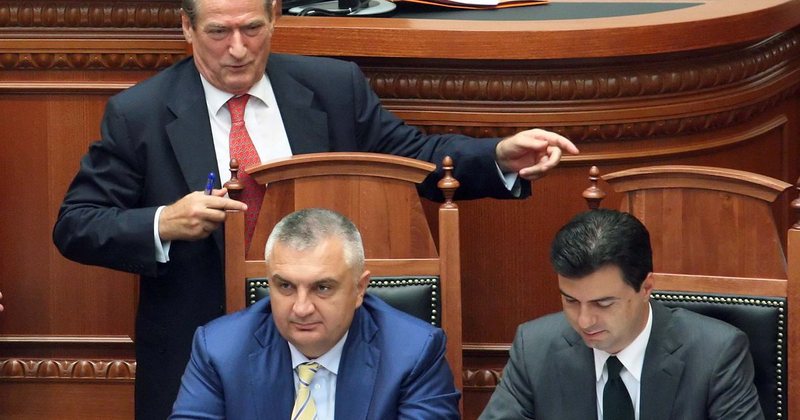 The leader of the Democrats, Lulzim Basha, said that he had taken the decision to expel Sali Berisha without the slightest hesitation and that he would have made a stronger decision if he had been the one to be declared non grata.

Basha said that Rama with the votes of Ilir Meta has passed 6 laws bringing this catastrophe to justice.

"Edi Rama with the votes of Ilir Meta has passed 6 laws, bringing this catastrophe to justice. I have clear views. It did not make my eyes water. I have always let Berisha's interest prevail, but this is not the case. Without the slightest hesitation I made the decision and I would have taken it even stronger if I had been declared non grata. The PD statute has given this right to the PD chairman. During these days, many democrats who have written to me fail to believe how Berisha attacks the Democrats, me and anyone else who is not on the path of isolation by telling me why he does not attack him. Before September 9, Lulzim Basha had done so many things that Rama would need 3 lives to reach me. After September 9 I am sold, I am hostage. This political culture had to come to an end and I did it with deeds. Citizens know how to make a very good difference. "What I have done today is to stay true to a model to move the country forward," Basha told News24.

The battle for FSHF intensifies, Rama reacts to the wiretapping, Veliaj tells Duke that he can not be invulnerable