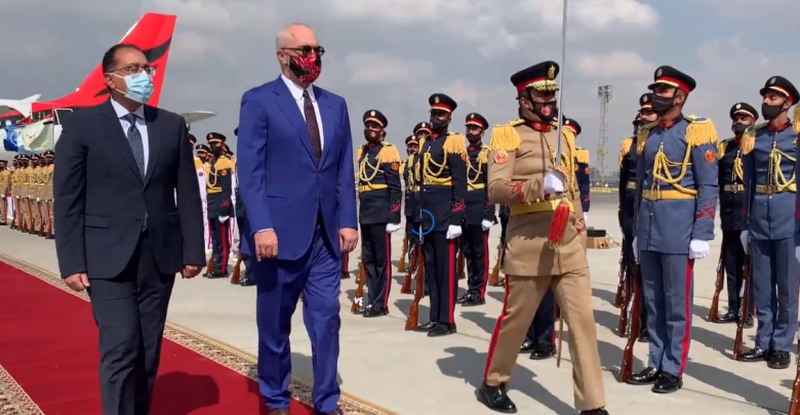 The head of the government Edi Rama was received with a state ceremony by the authorities in Egypt.

The prime minister released footage of his arrival in Egypt and the welcoming ceremony at the Egyptian airport by his counterpart, Moustafa Madbouly.

1. Memorandum of Understanding on cooperation in the field of museums between the National Historical Museum of the Republic of Albania and the High Council of Antiquities of the Arab Republic of Egypt