The President of the EC pays an official visit tomorrow in Tirana, the full agenda is revealed

Nuredin Dumani's soldier as a penitent of justice / From premeditated murder to illegal possession of weapons, here are 8 charges that weigh on Henrik Hoxhaj

From premeditated murder to a structured criminal group, what are the 17 charges that weigh on Nuredin Dumani, now a penitent of justice

"25 recovered from COVID", Ministry of Health clarifies the balance: Here are how many new cases have been registered in the last 24 hours in the country

"He has violated the US Constitution", Berisha attacks Ambassador Kim: Here is what I asked Biden 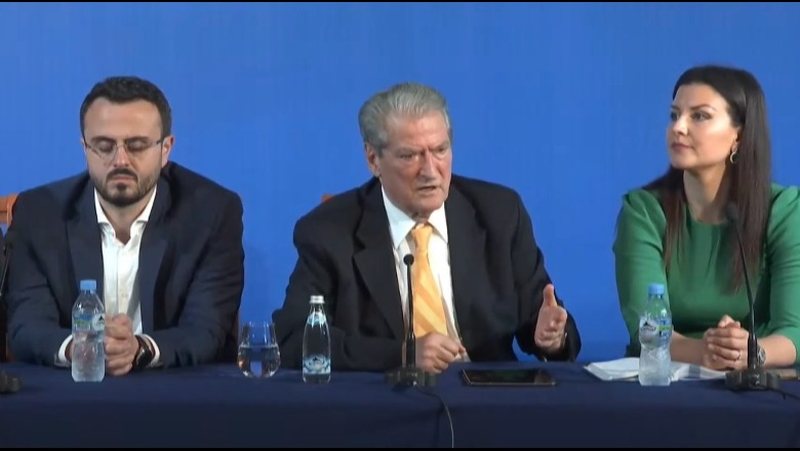 During the meeting held today with his supporters in Fier, Sali Berisha mentioned Ambassador Yuri Kim again, as he said that she could not interfere in court proceedings and that he also asked US President Joe Biden not to allow this to happen. happens.

According to Berisha, this is the most serious thing you can do in a democratic country, considering her interference in the appeal process of the PD statute, as a violation of the US and Albanian constitutions.

"The governor, or the ambassador, violated the constitution of the USA and Albania. You can never interfere in a lawsuit. It's the hardest thing you can do. I have therefore asked the US government and Biden not to allow its representative to interfere in litigation. It is the destruction of the independence of the judiciary. This shows that the Justice Reform was to put justice under the control of Rama or someone else as its Governor's job. Reform can not have such goals. They take advantage of this situation. "But they forget that they show themselves as a collaborationist", said Berisha.

Sali Berisha makes a strong warning: I tell you the request I made to the EP! When the DP comes to power, we declare non grata ...

"Rama is robbing Albanians of their wealth", Berisha criticizes the Prime Minister: Every abuse he commits and passes with jokes, he likes Vuçii si as a teenager on FB

"A solution is urgently needed", Xhaçka in the Security Council: The war in Ukraine is deteriorating global security

Sensational developments from SPAK, Sali Berisha reacts for the first time: The news was given about some that ...

Elections for the leader of the Democratic Party / Former Prime Minister Berisha continues the meetings with the Democrats, here is which city he is in today

"If we are going to remain" hostage ", we will ask ..." / Rama reveals the conversation with the German "critics" of Albania for EU membership: I hope they come to Tirana and…

"A person fired by the Democrats can not set conditions", Luciano Boci reacts harshly to Aliebeaj's statement: Rama has made him official as a political realtor, he is seeking the disruption of the Parliamentary Group

The new president / "The opposition must hold internal consultations", the journalist reveals what the majority is aiming for

Proposed by the opposition as a candidate for the next president, Dritan Demiraj reacts for the first time

"Alibeaj's agreement with Balla guarantees Rama the capture of the President", Bylykbashi reacts harshly: There is no right to issue names for the head of state

Amid rumors of a reunion between Donald Veshaj and Bora Zemani, the actor 'hit a...