Atomic missiles and aircraft carriers ready, here is the new secret front of the war between NATO and Russia that will shock the whole world 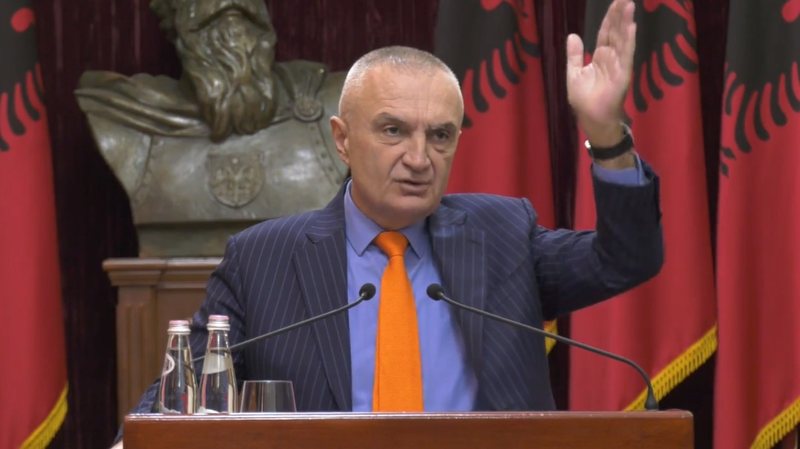 Following the data scandal of thousands of Albanians, Konfindustria has demanded that the mandatory fiscalization for businesses be suspended until the provision of full technical and legal guarantees by the Albanian state for the protection of commercial data of businesses. In this regard, a recent reaction has come from President Ilir Meta who says he supports this initiative.

Having been officially recognized, as well as appreciating the great public, constitutional, national security and Euro-Atlantic interests of the country, supports the initiative of Confindustria to temporarily suspend the process of mandatory fiscalization for businesses, until the provision of full technical security and law by the Albanian state for the protection of commercial data of businesses.

The scandal of the leak of personal data of hundreds of thousands of Albanian citizens in December 2021 directly from the responsible state agency AKSHI, shows the numerous current problems of information network security.

It draws the attention of state institutions, that in the similar possible case of leakage of massive data provided in real time by the process of forced fiscalization by dozens of private intermediary companies, the consequences will be much more severe than the December scandal 2021.

In this case, the consequences will be severe for over 120 thousand businesses, which are endangered by court penalties in extraordinary values ??for the Albanian state, long-term blows to the economy and up to the violation of national security and constitutional order.

EC President Charles Michel: I support the 'Open Balkans', let everyone gather at one table! It is an integration step

Flamur Noka: US never rejects the will of a people, statements against Berisha sponsored

Krichbaum's statement, Bardhi explodes against Berisha: It is putting the DP in a dead end, it is isolating it internationally

The race for the leader of the Democratic Party, Elezi erupted in accusations against "Rithemelimit": To postpone the election process, is being conducted in violation of the Statute and I have found violations

Rudina Hajdari speaks for the first time after the dismissal of mother Fatmira as a judge: I am very proud of her

Once part of the world of spectacle, Brisida Shehaj confesses like never before: When I was a student I got involved as a model

"It is a sand castle, it does not exist" / Arjan Çani reveals the right name for president: These are the two profiles that Rama would like

"Your escort after my horse has come", the democrat "stunned" Sali Berisha in Vlora: Give a post to Alibeajt, to open and close the door

Mayor Erion Veliaj said today that after the final of the Conference League, the...