Escobar with clear agenda against corruption of Albanian politicians, meeting with Ilir Meta avoided, here is who he is expected to meet

Azgan Haklaj and Kreshnik Spahiu: Berisha confidently, demands the walling of the DP through charlatans, those who follow him do not have the moral to speak

December 8, Muharrem Xhafa reveals the behind the scenes: This is why Ramiz Alia sent Berisha to the students, Saliu's mission and how he suddenly turned anti-communist

"He only saves the DP ...", Kulluri explodes against Basha and reveals how the introduction of Sali Berisha in the Assembly will affect 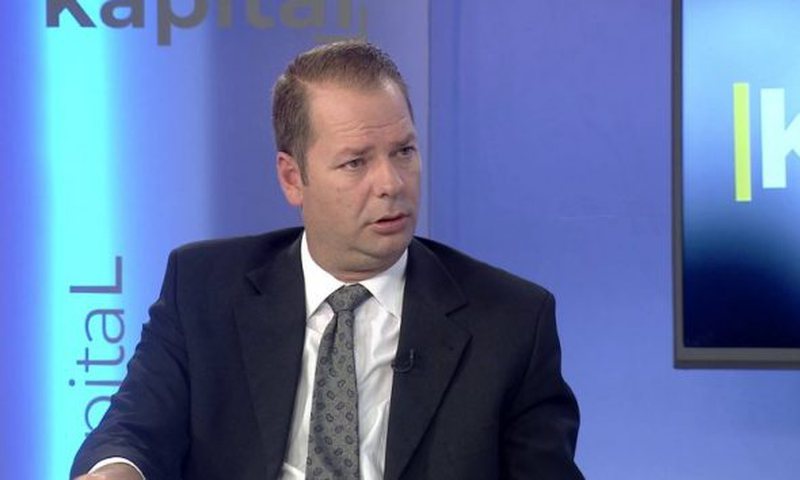 Former member of the National Council in the Democratic Party, Edvin Kulluri does not spare criticism of the leader of the Democrats Lulzim Basha. According to him, Sali Berisha today is suffering the consequences of Basha's loss in 2017.

"Only a deep reform saves the DP. The DP is now left with a party that gets over 500,000 votes for inertia because the Democrats are disappointed. Basha is 40% down on the right, it is a leadership problem that needs to be solved. We have fallen into positions where everyone waits and no one does anything. The DP is a deaf-mute party that has lost its vision and has no vision to govern the country. "Serious is the fact that for the next 4 years the DP will stay in opposition and will suffer this," said Kulluri.

How much will Berisha harm the DP if he chooses to join the DP?

"I believe that with this missing nerve in the DP, it does not bring much harm to Sali Berisha. The third term in the opposition is the biggest damage that can be done to the Democratic Party. This is a detriment to a small country greatly affects as a major ally of America especially in public perception. I have worked with Berisha and I have high regard for him, all the blame is on Basha who is not a leader and a serial loser.

Berisha is paying this price, bears great responsibility and had to remove Basha after the loss in 2017 that produced only 43 mandates, an embarrassing loss. Today we do not have two political parties but a political regime, the poor performance of the opposition is responsible Berisha. Nobody can reach the place of Rama and Basha, they are corrupt. Berisha is the most skilful and capable politician that the DP has had, he has developed an excellent political career, he has been successful but with the shadow of an Albanian politician, but the opposition has never been at this point. So the opposition has no ideological axis, today they have fallen into silence. "Basha accuses of electoral massacre but forgets that he stole the votes for party chairman in PD", said Kulluri.

"December was an event and it ended there", analyst Neritan Sejamini comes out with a strong statement

"I see it as a mission of life", Azem Hajdari's youngest son shows his intentions to become part of politics: I want to contribute to ...

"The terrible black sali will definitely get what it deserves", Romeo Kara publishes the shocking story and has a warning

"Tomorrow you can say that the American ambassador had blindfolded me and ...", Arjan Curri: I will tell you what the Democratic deputies do to choose which side they will be positioned in the DP

"Rama's fate is ...", Lorenc Vangjeli: Why did Berisha sue Blinken in the Paris Court and not Kurbin's?

Zheji reveals how the visit of the senior American official will affect. Lubonja: We must rely on our forces

Floriana Garo gives the details of what will happen on December 11: It will start at Air Albania and will end in ...

The US Secretary of State is coming to Tirana tomorrow, Zheji reveals the reason for the visit and tells what is expected. Lubonja: That's why he is not our 'savior'

The EU sends an important message to Albania

During Tuesday's show at Big BrotherVIP home the production has chosen to play...

Illyria seems to have been the main topic of many discussions and debates last n...

After the end of the "Big Brother VIP" show, it seems that almost all the reside...

The well-known Albanian MP, Adriana Matoshi, was released from the hospital tw...