Territorial reform / Alibeaj gathers the PD group, the discussions are cleared: Here is when we will come up with a concrete proposal 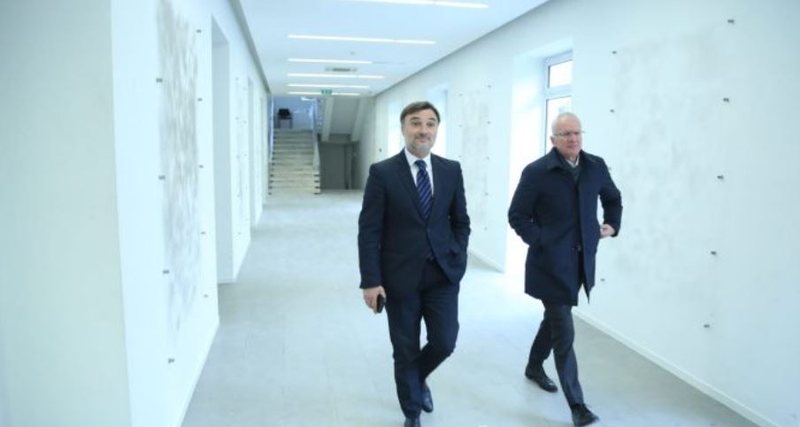 Enkelejd Alibeaj has gathered today the group of the Democratic Party, to discuss about the territorial reform.

Alibeaj requested that the month of June serve as a period for identifying issues related to Territorial Reform. At the end of July, according to Alibeaj, a concrete proposal on the territorial map should be issued.

"In June, the problems related to the Territorial Reform will be identified, and by the end of July, a concrete proposal will be issued on how the new territorial map of Albania should be," Alibeaj said, among other things.

According to information, it is reported that MP Ferdinat Xhaferaj has emphasized that during meetings with citizens there is an agreement to increase the number of municipalities. During the meeting, Xhaferaj added that in addition to the civic interest, the opposition should also focus on the electoral interest in terms of territorial reform.

"I think the commission has a very good composition starting from Dhurata which has a good articulation. We need to have some options. And in addition to the civic interest that is primary, we must certainly take into account the electoral interest. "From all the meetings we have had with citizens, there is an agreement to increase the number of municipalities", said Xhaferaj, among others.

MP Dhurata Çupi also said that the first phase should be communication with the public.

"We need to communicate with citizens about what has happened so far with the reform. Yesterday we met with the members of the commission representing the DP. We approved two experts to join us. The first stage should be communication with public opinion. "Today there is a failed reform in terms of what was promised in 2014. A reform that promised a lot but today we are facing the reality that the reform has failed," she added.

MEMBERS OF PARLIAMENT PARTICIPATING IN THE MEETING

The increase in food prices/ "The majority has made 'mud', it has exceeded the target", the deputy of DP reacts harshly to the Government and appeals to the Prosecutor's Office: What is happening in Albania is criminal

"We need a lot of work starting from today", Meta warns: A rejuvenating autumn is approaching for Albania

"Unacceptable"/ The English MP makes the unexpected statement about the Albanians, Kreshnik Spahiu reacts in revolt: No nation is treated so meanly!

"Evil is always tempting"/ Romeo Kara comes out with a strong warning for Sali Berisha: Very quickly that and...

"The government is robbing the citizens every day", the Freedom Party raises the alarm and has 6 proposals for Rama: This is an economic ruin!

Food prices on the rise and oil in the stratosphere, the deputies do not put their hands in their pockets, over 140 million lek in the month of May for diets, fuel, telephone offers and hotels

"The non-grata case of..."/ Expert Ervin Karamuço comes out with the 'bomb' warning, Klodiana Lala makes the unexpected statement

Albin Kurti raises the alarm, reveals Vladimir Putin's plan: We are on the verge of war! Behind Serbia hides...

Fatos Klosi exposes Sali Berisha: This is how he disappeared the files from the SHISH archive, he was a double spy for the Security and UDB

"This is the most terrible vice of Edi Rama"/ Sali Berisha warns the prime minister and makes an urgent call: The citizens' revolt will decide!