Resolution on Srebrenica, Berisha: Unimaginable, parliament decision a shame that falls on all Albanians 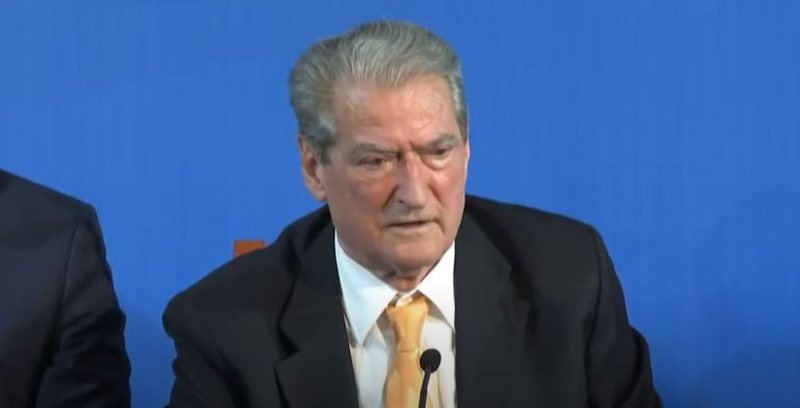 In his speech, the former prime minister also spoke about the rejection by the majority deputies of the Re-establishment request to condemn the genocide in Bosnia.

Berisha said that the decision of the parliament is a shame that falls on all Albanians.

"Every civilized person has his interests, but for every person the primary interest is the national interest. As folkloric as it may seem it is the interest of all interests. If we do not stand to defend that interest we are heading towards disintegration. We have been and will be surrounded by albanophobia. But the problem is that this albanophobia becomes effective when it is in line with our goals. I can give you 100 examples but I'm dwelling on two.

The Albanian Prime Minister stated three days ago in Brussels that we will wait until June and if they do not open negotiations we will reconsider the direction of the country. In the 90s Ramiz Alia told us that we are neither East nor West. Enver Hoxha took us where he wanted.

Now on Edi Rama. Where are you going, sir, if you need to reconsider our orientation, towards Belgrade or Istanbul.

No sir and polar star we will have the European Union. Look at the threat to our national interest. I am dwelling on another example, in an unimaginable way, the SP deputies vote against the condemnation of the genocide in Bosnia. That shame has fallen on all of us, from me to you and all of us.

They voted for him but the shame remains with all Albanians. With this decision you kick on your nation. It also tramples on those Bosnian victims who are mostly Albanians in Kosovo. But how can you? Why am I stopping here. I understand that people have 1000 other problems, but the problem is that if this can not be solved, nothing can be solved. We must protect the national interest if we are to stop this great upheaval. We are more conveyed today in front of others. "We have suffered cyclical genocide, we do not accept a genocide sanctioned by two international courts", said Berisha.

The President of the EC pays an official visit tomorrow in Tirana, the full agenda is revealed

Will he take part in the vote for the new President? Surprised by the answer Alizot

Election of the new President, Alizoti: What is happening in the DP, a stupidity, the opposition can not elect the government

Sali Berisha makes a strong warning: I tell you the request I made to the EP! When the DP comes to power, we declare non grata ...

"Rama is robbing Albanians of their wealth", Berisha criticizes the Prime Minister: Every abuse he commits and passes with jokes, he likes Vuçii si as a teenager on FB