Diaspora vote/ "In 2013 we had the law ready", Berisha reveals the reason why it was not implemented: Rama threatened me with... 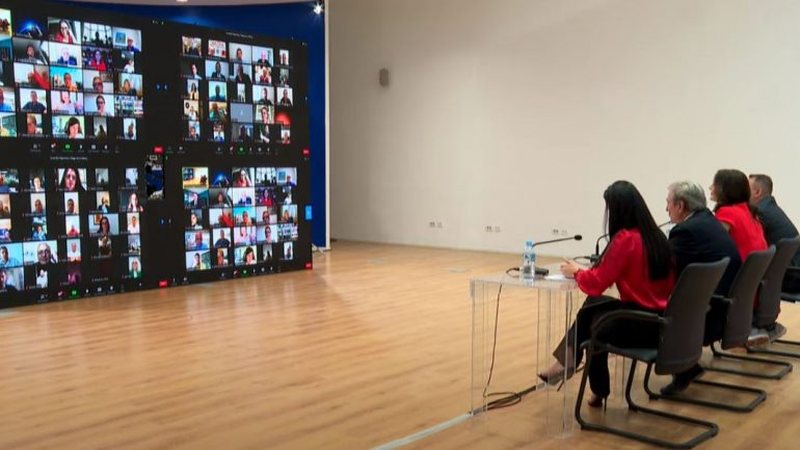 The chairman of the Democratic Party, Sali Berisha, today held an online conversation with representatives of the diaspora. The former prime minister was asked by diaspora representatives what he would do to ensure the right to vote.

Berisha has stated that if he will come to power, he will provide immigrants with the right to vote during the elections in the country.

He indicated that in 2013, his government had ready the law to enable immigrants to vote.

According to Berisha, Prime Minister Rama at that time threatened to boycott the elections, so it was not passed as law.

"In 2013, we prepared the law in which we recognized and accepted the online voting of immigrants and the diaspora where they were. Edi Rama threatened in the ultimate way that he would boycott the elections if this law passed. I accepted his ultimatum. There will be no more elections in Albania without your vote. This is a constitutional obligation of the Albanian state. There is no emigration from the Balkan countries that does not vote except for the Albanians. There are no immigrants from EU countries who do not vote. Now, Rama wants to proportion, to use some formulas that are used by some country of immigration in the 19th century. We will fight together with you for the principle according to which every Albanian, wherever he is, has the right to exercise the right to voters", said Berisha.