Yuri Kim shows what he expects from the new government: Average performance, not enough ... 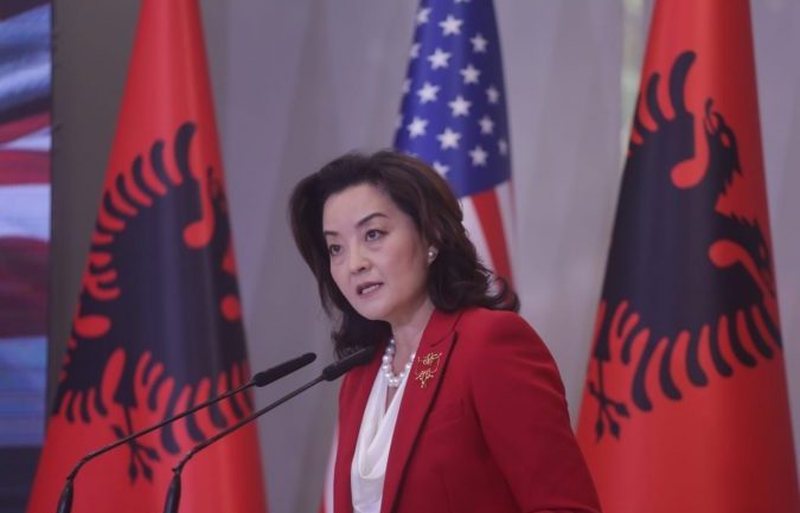 Speaking about the new Government, US Ambassador Yuri Kim says that the style "as usual", ie an average performance is not enough and that it has the "burden" to prove and in fact take steps to clean up corruption in the country

VOA: Moving on to the next camp, that of the government. The composition of the new cabinet is already known. What do you expect from the new Albanian government, even though we have the same prime minister and only a few changed names?

Ambassador Kim: I think that the fact that Prime Minister Rama has won an unprecedented third term places an extraordinary responsibility on him and his team to win, to demonstrate that they have won the trust of the Albanian people. I think the style "as usual", so average performance is not enough. I think that there are historical opportunities before Mr. Rama and the rest of the cabinet, whether it is about justice reform and the consolidation of democratic institutions; whether it is talking about increasing and deepening defense relations with the United States; whether it is about clearing the courts and clarifying property rights so that investments start to grow strongly here in Albania in a way that is much more normal.

Preç Zogaj shows the only way the cult of the leader in Albania can be overthrown: We are taught that the one who leads is infallible

"Even Berisha did not tell Basha this" / The quarrel between Bejko and Hoxha breaks down badly, Eni Vasili also intervenes in the debate: Do not address me with this one! (REPLY)

Lisander does not restrain himself against Basha: Luli is an oligarch, at this vital moment ...

"I am better than Berisha", aims the leader of the Democratic Party, the democrat makes the unexpected statement

Positioned next to Berisha, Belind Këlliçi admits: I have been called several times to the American embassy

"O Belind, please, I beg you, let's not do it as it is not spoken at all", Roland Bejko clashes badly with Këlliç, bluntly says in the middle of the show: This is a coup!

December 8 finds the Democrats divided, the member of the Presidency bluntly says: More serious than the loss in the elections was the position of the Democratic Party from the USA

"I was shocked when I heard it", Roland Bejko counts 'one by one' to Berisha: How can he say to Basha ...?

"The last word", the former PD deputy explodes against Lulzim Basha: He is unjustly consuming every political and human limit

"Turn off the microphone because I can not accept it", the PD statute heats up the bloodshed between Kadilli and Harxhi: You can not clarify my position

"I am sorry that I did not drink a coffee as before with Bylykbashi" / Clashes within the DP, the Democratic MP brings out the behind the scenes: Even when we enter the cafe of the Assembly we do not talk like ...

"Basha is in big trouble", Arian Çani shows the signals that are hidden behind the recent movements of Berisha and the leader of the Democratic Party